FOX 2 - Glenn "Shemy" Schembechler spoke about his late father, University of Michigan's legendary Coach Bo and recent allegations made by some former players and his step-brother regarding how much he knew about claims of sexual abuse from a former school doctor.

Glenn spoke 1-on-1 about his father and defended him against the recent allegations leveled by his step-brother and some former players. They claim that Bo participated in a cover-up of the late Dr. Robert Anderson, who is accused of sexually molesting hundreds of former student-athletes at Michigan.

This Father's Day, the son of the legendary Coach Bo Schembechler, talks about his late dad.

Matt Schembechler, the adopted older brother of Glenn, said he was first abused at the age of 10 by Dr. Robert Anderson in 1969. He claimed he told his father and mother, who then went to Ahletic Director Don Canham. Canham then fired Anderson at his mother, Millie Shembechler's behest, but relented soon after, due to pressure by Bo.

"Knowing my mom and dad the way that I did, they would never put their children into harm's way to the level Matt is saying they did," Glenn said. "Millie and Bo absolutely loved their children.

"When Bo adopted all three of my brothers at the time, he absolutely welcomed them all into the family. And for them to put Matt into harm's way I simply cannot believe it - knowing the Bo and Millie that I know, unequivocally.

"I'll say this Charlie, I really feel for Matt, but he is simply not speaking the truth."

In a press conference on June 10, Matt Schembechler and three former players spoke about the sexual abuse they suffered from Dr. Anderson and claimed Bo knew and did nothing.

Matt's effort to tell his dad about the abuse earned him a "punch in the chest," he said.

"When Bo got home, I told him what happened. He lost it," said Matt."He screamed. ‘I’m not hearing it.' And that was the beginning of the end."

Glenn Schembechler told FOX 2 that he still loves Matt and added that he prays for him but has not spoken to him for years. 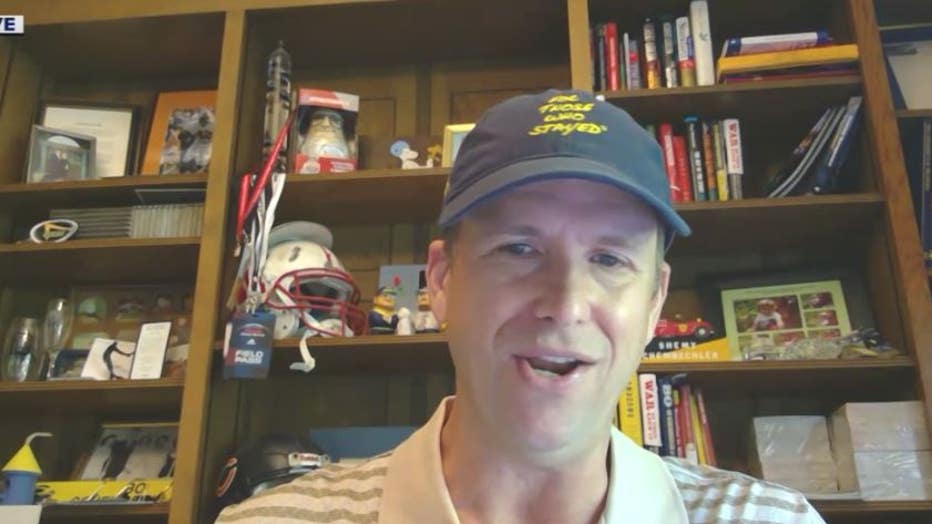 "In all honesty, Charlie, our family has had very little contact with Matt, especially over the last decade," he said. "Matt had a lot of issues, make no mistake. But that doesn't take away from the fact that I still love him."

On a lighter note, Glenn spoke about what his experience was like to grow up under Bo.

"I can't quite recall what I did with my father on fathers day but it probably revolved around going to the office and watching film," he quipped. "He was intense but he was a fun-loving guy in every sense of the word. especially when he was at home with us and my mom, Millie. And make no mistake, Millie ran the show at the house. Bo ran the show at the football office and Millie ran it at the house.

"Bo was always on time for dinner in the fall, but he always had to go back to the office. Those were always the best of times. And when we had time during the offseason, Bo and I would always play 1-on-1 basketball. He would always try to post me up but he couldn't take my outside shot."

For more of the interview watch the full video above.