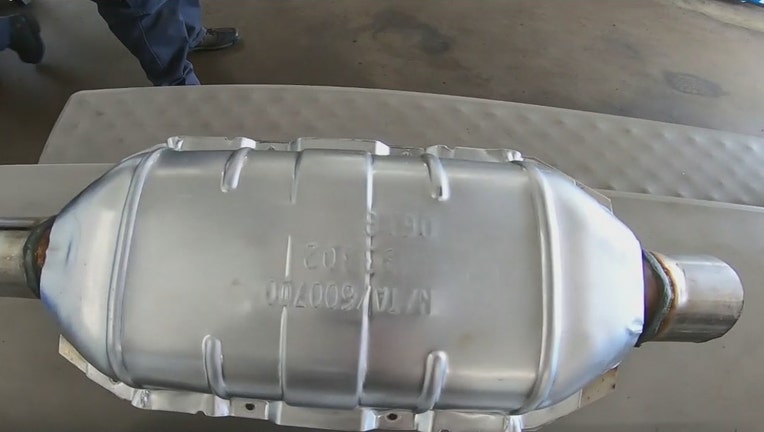 PHOENIX - Thieves across the country, including here in the Valley, are stealing catalytic converters. The problem pops up every now and then, especially when commodity prices are up and the economy is down.

Catalytic converters are pollution control gadgets that have been around since the 1970s. On the inside, there are precious metals, making the item a tempting and easy target for thieves.

"It was parked on the residential street in central Phoenix. A nice neighborhood. Not something you can expect to happen, but overnight, it was taken," she said. 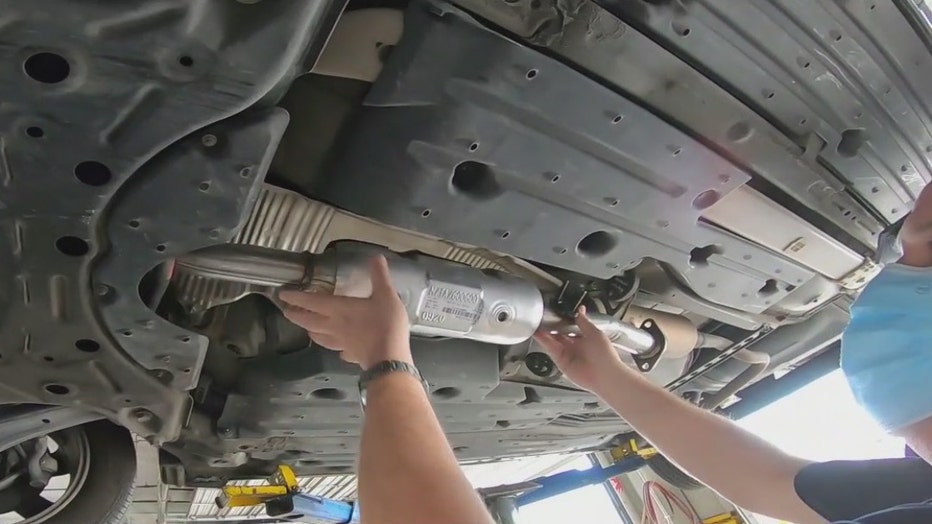 Thieves are slithering under vehicles and using a little saw to cut out the converter in seconds. Inside the converter are precious metals, like palladium and rhodium, which sell for thousands of dollars an ounce -- much higher than the price of gold. The stolen car part is then sold on the black market, usually to unscrupulous salvage yards, either locally or online.

"I don't know if these guys are relaxing the rules a little bit or what, but again, they're not buying the part to reinstall it on a car. They are salvaging it for the precious metals," said Matt Allen, owner of Virginia Auto Service.

Honan's converter is being replaced at Virginia Auto, but this time, they're surrounding it with protective rebar.

Even though insurance will cover the cost, the experience was still rough -- a lot like the day she started her 4Runner without a catalytic converter.

The COVID-19 pandemic is playing a part in all of this. Mining rhodium in South Africa for instance, has been limited lately, which increases the demand and the price.