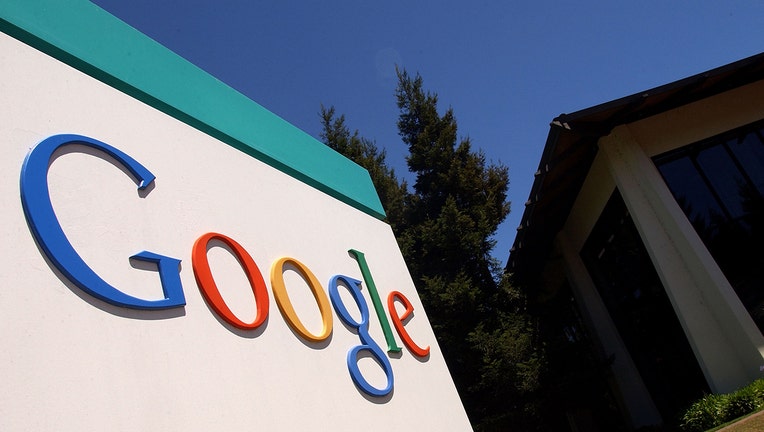 Google has agreed to a $391.5 million settlement with 40 states to resolve an investigation into how the company tracked users’ locations. (Credit: David Paul Morris/Getty Images)

HARTFORD, Conn. - Search giant Google has agreed to a $391.5 million settlement with 40 states to resolve an investigation into how the company tracked users' locations, state attorneys general announced Monday.

The states' investigation was sparked by a 2018 Associated Press story, which found that Google continued to track people's location data even after they opted out of such tracking by disabling a feature the company called "location history."

The attorneys general called the settlement a historic win for consumers, and the largest multistate settlement in U.S history dealing with privacy.

It comes at a time of mounting unease over privacy and surveillance by tech companies that has drawn growing outrage from politicians and scrutiny from regulators. The Supreme Court's ruling in June ending the constitutional protections for abortion raised potential privacy concerns for women seeking the procedure or related information online.

23-year-old Trevor Rainbolt shows FOX TV Stations his process for how he wows the internet with his ability to accurately guess specific locations on Google maps in seconds, usually only being a few miles off.

"This $391.5 million settlement is a historic win for consumers in an era of increasing reliance on technology," Connecticut Attorney General William Tong said in a statement. "Location data is among the most sensitive and valuable personal information Google collects, and there are so many reasons why a consumer may opt-out of tracking."

At a news conference, Tong urged consumers to "do a little personal inventory" of their online settings and turn them off if they don't want them.

"It is not an exaggeration to say that we live in a surveillance economy," he said. "Understand that you're being tracked every minute of every day where you are."

Google, based in Mountain View, California, said it fixed the problems several years ago.

"Consistent with improvements we’ve made in recent years, we have settled this investigation, which was based on outdated product policies that we changed years ago," company spokesperson Jose Castaneda said.

Location tracking can help tech companies sell digital ads to marketers looking to connect with consumers within their vicinity. It’s another tool in a data-gathering toolkit that generates more than $200 billion in annual ad revenue for Google, accounting for most of the profits pouring into the coffers of its corporate parent, Alphabet — which has a market value of $1.2 trillion.

In its 2018 story, The AP reported that many Google services on Android devices and iPhones store users' location data even if they've used a privacy setting that says it will prevent Google from doing so. Computer-science researchers at Princeton confirmed these findings at the AP’s request.

Storing such data carries privacy risks and has been used by police to determine the location of suspects.

The AP reported that the privacy issue with location tracking affected some 2 billion users of devices that run Google’s Android operating software and hundreds of millions of worldwide iPhone users who rely on Google for maps or search.

The attorneys general who investigated Google said a key part of the company's digital advertising business is location data, which they called the most sensitive and valuable personal data the company collects. Even a small amount of location data can reveal a person's identity and routines, they said.

Google uses the location information to target consumers with ads by its customers, the state officials said.

As part of the settlement, Google also agreed to make those practices more transparent to users. That includes showing them more information when they turn location account settings on and off and keeping a webpage that gives users information about the data Google collects.

The shadowy surveillance brought to light by The AP troubled even some Google engineers, who recognized the company might be confronting a huge legal headache after the story was published, according to internal documents that have subsequently surfaced in consumer-fraud lawsuits.

Tong, the Connecticut AG, thanked the AP for its story, which he said "set the table for the investigation by the states" and helped expose the tracking practices.

He said a new Connecticut consumer-privacy law set to take effect next year will require that people opt into any location tracking, and not have to turn it off.

Arizona Attorney General Mark Brnovich filed the first state action against Google in May 2020, alleging that the company had defrauded its users by misleading them into believing they could keep their whereabouts private by turning off location tracking in the settings of their software.

Arizona settled its case with Google for $85 million last month, but by then attorneys general in several other states and the District of Columbia had also pounced on the company with their own lawsuits seeking to hold Google accountable for its alleged deception.