Voters cast their ballots for president more than a month ago, but the votes that officially matter will be cast Monday. That’s when the Electoral College meets.

Sen. Josh Hawley claims he will challenge President-elect Joe Biden’s victory when the Senate and the House of Representatives convene on Jan. 6 to count the electoral votes.

"I cannot vote to certify the electoral college results on January 6 without raising the fact that some states, particularly Pennsylvania, failed to follow their own state election laws," Hawley said in a statement posted to his Twitter page. "And I cannot vote to certify without pointing out the unprecedented effort of mega corporations, including Facebook and Twitter, to interfere in this election, in support of Joe Biden."

The Electoral College decisively confirmed Joe Biden on Dec. 14 as the nation’s next president, ratifying his November victory in an authoritative state-by-state repudiation of President Donald Trump’s refusal to concede he had lost.

The presidential electors gave Biden a solid majority of 306 electoral votes to Trump's 232, the same margin that Trump bragged was a landslide when he won the White House four years ago.

RELATED: What happens at the Electoral College meeting?

Claims of election fraud that have come about since Biden’s victory have been proven unfounded many times over. Both state and federal election officials have said that they found no evidence of widespread voter fraud that would change the outcome of the election.

Trump’s own attorney general, Bill Barr, before his departure from the White House told the Associated Press that U.S. attorneys and FBI agents have been working to follow up specific complaints and information they’ve received, but "to date, we have not seen fraud on a scale that could have effected a different outcome in the election."

A challenge from Hawley, a Missouri Republican and an ally to Trump, would plunge both chambers into two hours of debate over the results and force them to vote on whether to accept Biden’s victory or not, Politico reported.

According to the Associated Press, any lawmaker can object to a state’s votes on any grounds. But the objection must be submitted in writing and signed by a Senator and Representative. 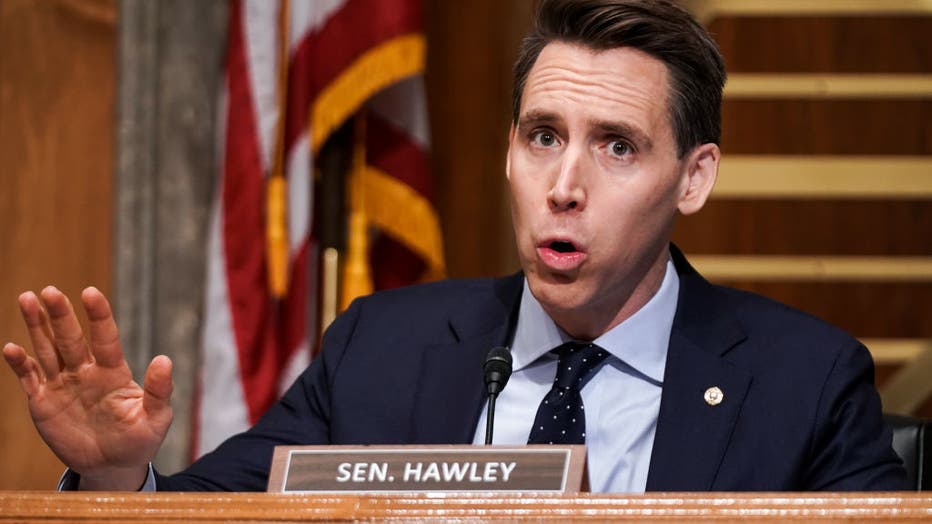 A simple majority is required in both chambers must to sustain the objection. If they disagree, the original electoral votes are counted.

Sen. Mitch McConnell, the chamber’s majority leader, had hoped to avoid a debate. The Kentucky Republican had been urging his colleagues not to challenge the election results, even though Trump has been urging Republicans to do the opposite, according to Politico.

Alabama Senator-elect Tommy Tuberville had previously announced intentions to challenge Biden’s victory at the meeting, as have many House Republicans.

RELATED: What happens after Election Day on Nov. 3?

Even so, challenges to the results are poised to fail with the Democrats holding the majority in the House and McConnell being an opponent to such objections, USA Today reported.

"I have no doubt that on next Wednesday, a week from today, that Joe Biden will be confirmed by the acceptance of the vote of the electoral college as the 46th president of the United States," said Pelosi, a Democrat from California.

Jen Psaki, a spokesperson for the Biden Transition, reduced Hawley's challenge to "antics" that would have no bearing on the president-elect being sworn in on Jan, 20.

"The American people spoke resoundingly in this election and 81 million people have voted for Joe Biden and Kamala Harris," Psaki said. "Congress will certify the results of the election as they do every four years."

This story was reported from Atlanta. The Associated Press contributed.