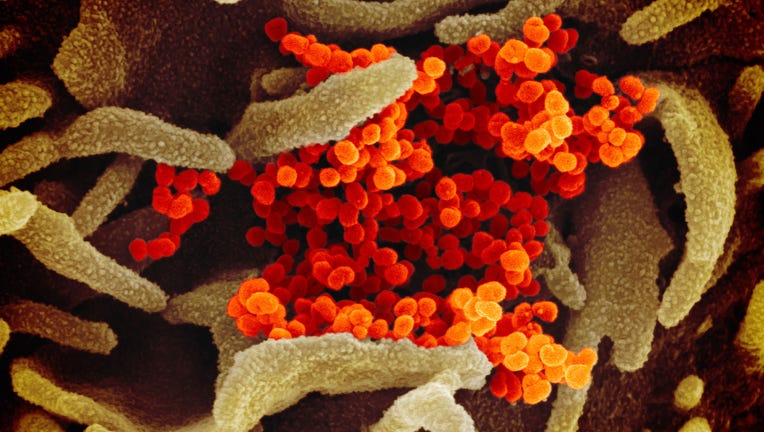 This scanning electron microscope image shows SARS-CoV-2, the virus that causes COVID-19, isolated from a patient in the U.S., emerging from the surface of cells cultured in the lab. (Photo by: IMAGE POINT FR - LPN/BSIP/Universal Images Group via Get

NEW YORK - More than 100 people who attended a wedding in India tested positive for coronavirus and the groom reportedly died two days after he was married.

The groom was believed to be a super spreader and infected the other guests at the event that was attended by nearly 400 people.

The wedding took place in the state of Bihar, according to the Times of India.  It took health officials weeks to track down all of the guests and test them.

The man had traveled to his hometown o Paliganj in mid-May before showing symptoms but his family reportedly ignored his pleas to postpone the wedding.

"Even though he was feeling unwell by June 14 and wanted the wedding deferred, family heads from both sides advised against it, citing huge financial losses if the arrangements had to be canceled," a relative was quoted as saying by The Indian Express.

India reported 18,653 new coronavirus cases and 507 deaths in the past 24 hours with June proving to be the worst month since the pandemic hit the country in late January.