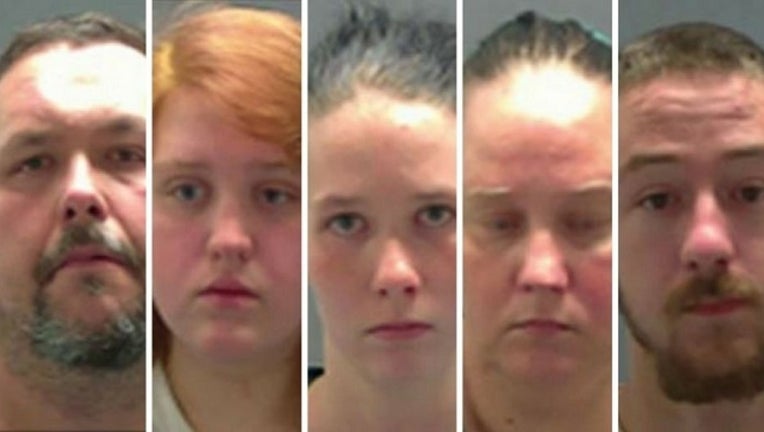 NEW ORLEANS (AP) - A husband and wife charged with violently abusing a young autistic woman in Louisiana and forcing her to live in an outdoor cage pleaded guilty Monday to multiple crimes in federal court.

Terry Knope II, 46, and Raylaine Knope, 43, both pleaded guilty in New Orleans to charges involving forced labor. Terry Knope II also pleaded guilty to a hate crime charge. Court documents say he shot the victim with a BB gun because of her "actual and perceived disability."

Each of the Knopes answered perfunctory questions from the judge about their understanding of the plea agreements as they stood, shackled, before U.S. District Judge Carl Barbier. Neither made a statement regarding the crimes.

The two were among five charged in 2018 documents alleging a litany of horrors against the 22-year-old victim, identified as a relative of Raylaine Knope, at a home in rural Tangipahoa Parish. Two others have pleaded guilty and another remains scheduled for a July trial.

Among the abuses outlined by prosecutors in charging documents: The victim was at times beaten, burned with a cigarette lighter, drenched with a bucket of human waste and forced to eat the cremation ashes of her late mother. The Knopes heaped verbal abuse on the victim and threatened to withhold food and water if she failed to perform household chores.

An "attempted sex trafficking" charge in the Knopes' original indictment was dropped from revised charges lodged earlier this month, ahead of the reaching of a plea agreement. But the new bill of information charges that Raylaine Knope forced the victim to make sexual advances toward male visitors to the Knope property.

A previous version of this story was corrected to reflect that not all five of the original defendants were indicted. One was charged in a bill of information.