WASHINGTON - Vice President Kamala Harris on Friday will make her first visit to the U.S.-Mexico border, her office announced, after she has faced criticism from members of both parties for failing to go there despite her role leading the Biden administration’s response to a steep increase in migration.

The visit comes as Harris has faced months of attacks from Republicans, and even some frustration from those in her own party, for declining to visit the area. Harris has been tasked by President Joe Biden with taking on the root causes of migration from Central America to the United States.

So far she has focused her efforts on improving economic and living conditions in the region. Her aides have repeatedly insisted her focus is distinct from the security issues that plague U.S. officials trying to handle a spike in border crossings. 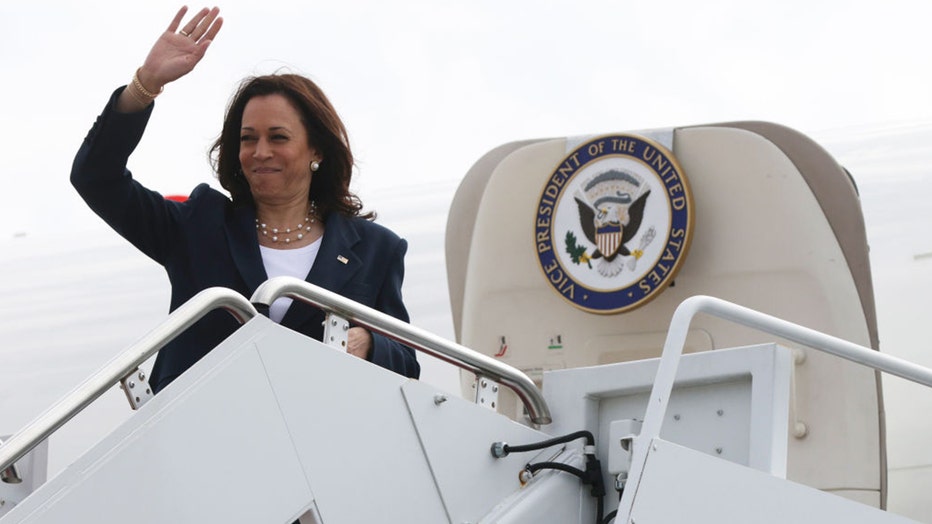 But Republicans have seized on failures by both Harris and Biden to paint the administration as absent on what they’ve described as a crisis at the border. The issue overshadowed Harris’ first foreign trip earlier this month, to Guatemala and Mexico, where she met with both nations’ presidents and local officials and advocates to discuss economic and humanitarian solutions to the significant outmigration from both countries.

But Harris and White House aides in Washington were forced to parry repeated questions from the press about why she left a border visit off the trip.

Harris has noted that as a senator from California, she has visited the border in the past, and she has asserted that unless the root causes of migration are addressed the situation at the border will never be fixed.

On her visit to Guatemala and Mexico this month, she urged Central Americans not to try to reach the U.S. border. She tried to give people a sense of hope that would encourage them to stay home.

U.S. Customs and Border Protection recorded more than 180,000 encounters on the Mexican border in May, the most since March 2000. But the numbers were boosted by a pandemic-related ban on seeking asylum, which encouraged repeated attempts to cross the border because getting caught carried no legal consequences.

Harris’ trip will come just days before former President Donald Trump is set to visit the border next week with Texas Gov. Greg Abbott. Republican Rep. Jim Banks of Indiana and about a dozen members of the conservative Republican Study Committee he leads will also be joining the trip, another sign of how closely the party continues to align itself with Trump and the extent to which they see the border as a winning campaign issue.

Trump immediately took credit for Harris' trip, speculating in a statement that the vice president would not have made plans to go if Trump hadn't been headed there himself.

Republicans have tried to make Harris the face of the administration's policies, charging that she and Biden were ignoring the issue because both had yet to visit the border. Harris, during her trip to Latin America, told reporters she was focused on "tangible" results "as opposed to grand gestures."