SCOTT CITY, Kan. - The son of an 81-year-old man slammed residents of his rural Kansas hometown for downplaying the ongoing coronavirus pandemic after his father, who was COVID-19 positive, died after spending nearly a week in isolation at a nursing home.

Dr. Marvin James Farr, who endured multiple historic crises in his lifetime, died in isolation, according to his obituary, and his family was unable to be with him in his last moments.

RELATED: Kansas hospital runs out of staff amid COVID-19 surge

“He was born into an America recovering from the Great Depression and about to face World War 2, times of loss and sacrifice difficult for most of us to imagine,” the obituary said. “He died in a world where many of his fellow Americans refuse to wear a piece of cloth on their face to protect one another.”

The obituary described Farr’s last days spent in an unfamiliar place cared for by unfamiliar people.

“He died in a room not his own, being cared for by people dressed in confusing and frightening ways. He died with covid-19, and his final days were harder, scarier and lonelier than necessary. He was not surrounded by friends and family,” the obituary continues. 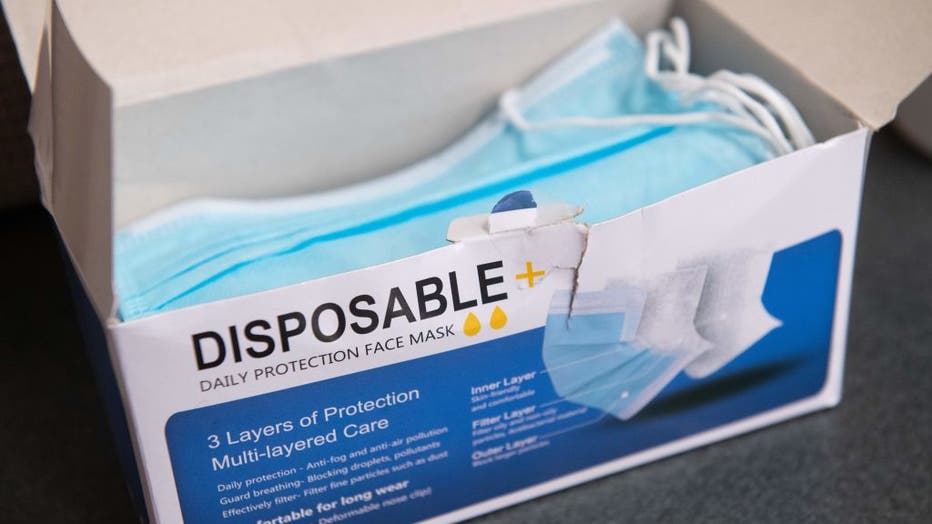 A box of disposable face masks to protect against COVID-19, known as coronavirus, are seen ahead of a press conference by US Speaker of the House Nancy Pelosi on Capitol Hill in Washington, DC, April 30, 2020. (Photo by SAUL LOEB/AFP via Getty Images)

Courtney explained that his father had been in isolation at Park Lane Nursing Home in Scott City, Kansas, since Thanksgiving.

“I've spent most of this year hearing people from my hometown talk about how this disease isn't real, isn't that bad, only kills old people, masks don't work, etc,” he wrote. “And because of the prevalence of those attitudes, my father's death was so much harder on him, his family and his caregivers than it should have been. Which is why this obit is written as it is.”

It’s not the first time people have voiced their frustration over disregard for the pandemic through the obituaries of the loved ones they lost.

An obituary for a North Texas woman who died from COVID-19 in July put blame on the "carelessness" of politicians, and added that her death could have been prevented.

The obituary for Isabelle Odette Hilton Papadimitriou, 64, which was published by The Dallas Morning News, described her as "a compassionate spirit" and "a ray of light in everyone's life."

"Her undeserving death is due to the carelessness of the politicians who continue to hedge their bets on the lives of healthcare workers through a lack of leadership, through a refusal to acknowledge the severity of this crisis, and through an inability and unwillingness to give clear and decisive direction on how to minimize the risks of the coronavirus. Her death could have been prevented," the obituary said.

Papadimitriou, who reportedly worked as a respiratory therapist, died on July 4 after a week of battling COVID-19.

Her daughter, Fiana Paulette Tulip, also wrote an op-ed published by the Austin American-Statesman, in which she invited Texas Gov. Greg Abbott to her mother's funeral, and blamed his "inaction and active denial of the devastation from COVID-19" for the thousands of COVID-19 deaths in Texas.

According to FOX 10 Phoenix, Arizona Gov. Doug Ducey was invited earlier this month to a vigil at the state capitol by the daughter of a 65-year-old man who died of COVID-19.