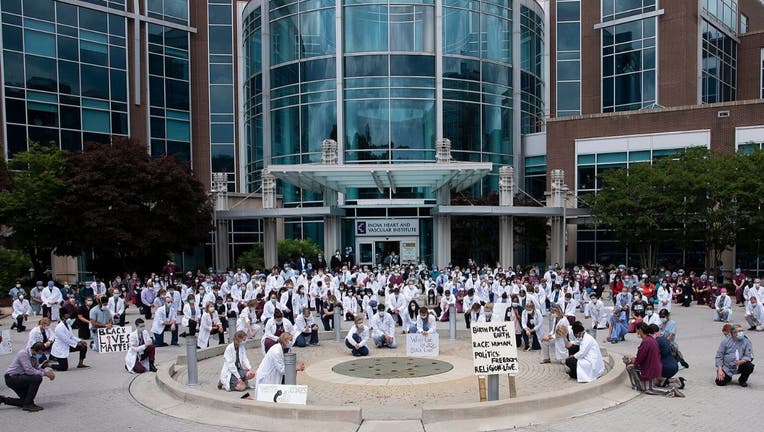 WASHINGTON (FOX 5 DC) - Healthcare professionals in northern Virginia took a knee Friday in solidarity with protesters against racial inequality in a movement they're calling "White Coats for Black Lives."

INOVA Health physicians, leaders and team members said they are taking part in this movement to show support in fighting for justice across the country. 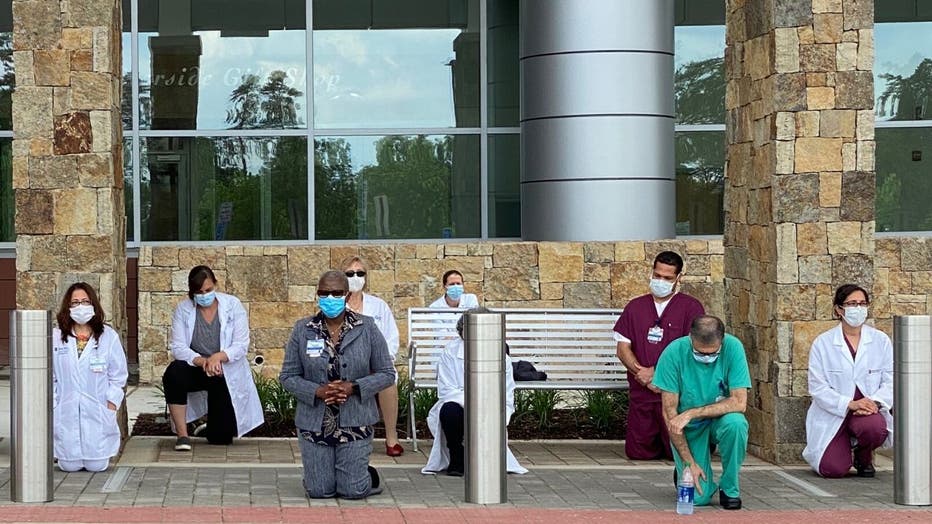 "We are committed to working with our community to be part of positive change," the organization tweeted.

Thousands of protesters in D.C. gathered in unity across the area this week to condemn racism and police brutality following the death of George Floyd.

Floyd, a black man, died on May 25 in Minneapolis after a white police officer pressed a knee into his neck. It was the latest in a series of deaths of black men and women at the hands of police in America.

RELATED: Some of the most powerful anti-racism signs seen in the DC protests

Demonstrators in the nation’s capital joined forces to support the Black Lives Matter movement demanding social change, equality, and justice for Floyd and the many other Black men and women who died in the hands of police.

D.C. Mayor Muriel Bowser officially renamed a section of 16th Street, 'Black Lives Matter Plaza' Friday ahead of what is expected to be a massive weekend demonstration by the group in response to the death of George Floyd at the hands of Minneapolis police.