OAKLAND, Calif. - A huge industrial air conditioning unit crashed onto a downtown Oakland, California, street seconds after it was lifted by a helicopter.

Witnesses say that nobody was hurt when the cables snapped and the unit about the size of a truck fell onto the pavement and sent construction workers running for cover on Saturday.

Brothers Gabriel and Rudi Tcruz were walking by and stopped to record video of the Sikorsky Skycrane helicopter lifting the A/C unit.

"It picked up the air conditioning unit, and then the cables snapped," Rudi Tcruz said. "The helicopter is so loud that when it hit the ground you couldn’t even hear the impact."

The unit plummeted about 40 feet. The helicopter continued hovering overhead. 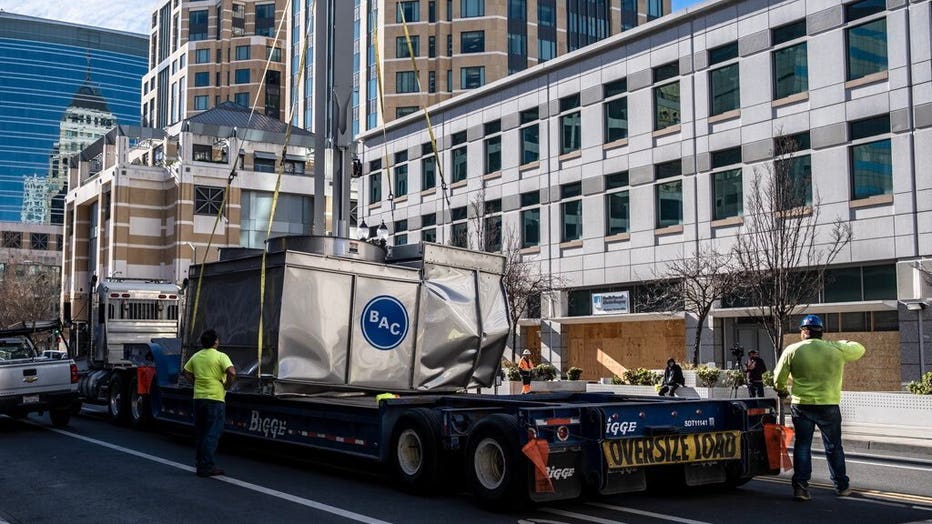 The street not far from City Hall was closed to traffic at the time of the accident. Oakland Police and city officials didn't immediately return calls seeking more details.

"You could definitely see the dismay," Tcruz said of the construction workers. "One of the guys, as it crashed, turned around and ripped off his helmet."