People building a home right now might already be feeling the pain and the delays, as there is a shortage of construction workers across the nation and in the Valley. With the shortage also comes longer build times and potentially higher prices. FOX 10's Matt Galka reports.

PHOENIX - People building a home right now might already be feeling the pain and the delays, as there is a shortage of construction workers across the nation and in the Valley. With the shortage also comes longer build times and potentially higher prices.

Brad Leavitt's A Finer Touch Construction is feeling the impact from the skilled worker labor shortage.

"One of the big issues we're dealing with is a labor shortage," said Leavitt. "Although we have a lot of projects and a big need in the industry there's not enough people to do it that are skilled and know the trade"

Some estimates have the industry about 350,000 workers short of pre-recession numbers, and that definitely affects a project.

The East Valley Institute of Technology (EVIT) sees the gap, and hopes their students can fill it.

"We teach everything from pouring concrete all the way up to putting the roof on the house," said instructor Curtis Ruhl.

Ruhl says Valley contractor companies are at EVIT all the time, trying to replenish their workforces.

"They are all hurting so badly for help that they are more than willing to donate their time and material so they can come teach these students, so when they graduate and they're 18, they're already hired," said Ruhl.

A series of factors contributed to the shortage, including more people going to college and moving towards office or tech jobs. That never interested student Rejan Diovari.

"I'm definitely hearing there's a lot more opportunities in this industry because it is kind of a forgotten industry as more people want to work in cubicles, and that's just not my style," said Diovari.

With numbers indicating a growing population for the state, construction job opportunities aren't expected to slow down.

"If you like building things with your hands and you're more or less a handy person, get involved with it,"  said Diovari. "There's a whole lot of money to be made."

Arizona was in the top five among all states for most construction jobs added over the past year. 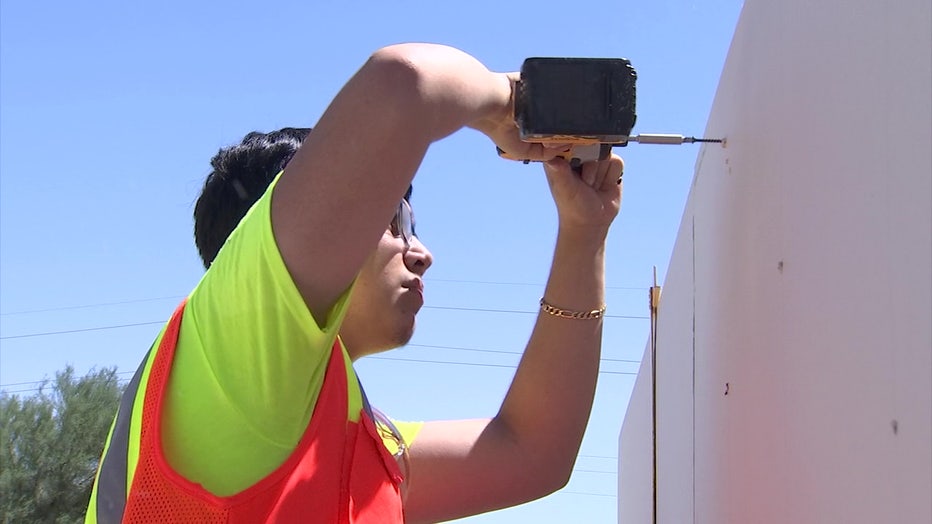