A group of neighbors in Navasota is shocked after photos surfaced of an emaciated horse trapped with barbed wire around one of its legs.

NAVASOTA, Texas - Only on FOX 26, neighbors in Navasota were outraged over the weekend when photos surfaced of an emaciated horse trapped with barbed wire around one of its legs.

The photos of the horse are hard to look at, which appears to be starved to the point you can see almost every bone in its body. It’s rear leg tangled in barbed wire, causing a deep gash. These images were so alarming community activist Christin Lesko got involved.

“I took a drive out here. I did not see that particular horse; I did, however, see numerous other horses that seem to be in poor condition,” Lesko said.

FOX 26 sent a crew out to the property, and we did not find the horse. The Houston SPCA told us that the horse was removed on Sunday. Unfortunately, due to its poor condition, the horse had to be euthanized. While we were there we saw other horses on the property, located on County Road 325, that appeared underweight.

Lesko describes to us what she saw as “Very sparse, the property, for lack of a better word, is not in the best of shape. I saw horses that just looked underweight, just didn’t look to be healthy from a distance, and usually, if I can see that from a distance, it’s not gonna get any better up close.“

We were unable to make contact with the property owner. Neighbors that reached out to FOX 26 say this has been an ongoing issue, and are upset that the county took so long to react.

“You wouldn’t leave your children out in the freezing cold either. So to have no body fat on a horse, and just leave it out in cold conditions throughout the year, that’s pretty brutal too,“ says Lesko.

The focus is now on the condition of the other animals. People hope that they do not meet the same fate, as the horse that was put down.

The Grimes County Sheriff’s Office tells FOX 26 that the other horses on the property were not in bad shape. They cannot confirm at this time if the owner will face charges. 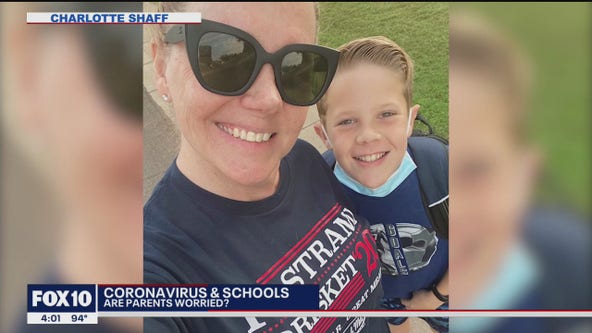