One of the worst things you can imagine happened to the Mufti family during the Winter Storm in 2021 and after ERCOT issued a weather watch through Sunday, they're worried about history repeating itself.

HOUSTON - With the freezing temperatures making its way to Texas, some residents are worried about history repeating itself with another winter storm. And for one Houston family, who lost their home during 2021's Big Freeze, the deja vu is getting unavoidable.

Texas Winter Storm: What the Houston area can expect

Watching your home burn down is one of the worst things you can imagine, and that happened to Darla Mufti and her family in February 2021.

At the time, she, her husband, three children, and mother were living in San Antonio during the winter storm dealing with rolling blackouts and camping out in the living room, so when the power finally came back on, things seemed like they were going to be OK.

"We all got in the car, and we rode around the neighborhood showing the children the snow, and stuff like that," Mufti said. "And then we got back to the house and everybody started taking their mattresses to their rooms and were excited you know? Because we could sleep in our rooms at night and I had went [sic] to my room took a shower was so thankful for hot water, finally."

One of the worst things you can imagine happened to the Mufti family during the Big Freeze in 2021 and after ERCOT issued a weather watch through Sunday, they're worried about history repeating itself.

Their luck had not yet turned, however, and the family was in for a rude, frightening awakening.

"I was laying there, and I heard my 12-year-old, she said ‘I smell smoke, dad' and he said, ‘girl, you don’t smell no smoke' [sic] and like two seconds later, he was like, ‘Oh, I smell it,'" Mufti explained. "And he was like ‘everybody get out,' and he started hollering for everyone to get out, and he was like, 'This is not a drill! This is for real! Get out the house now!'" 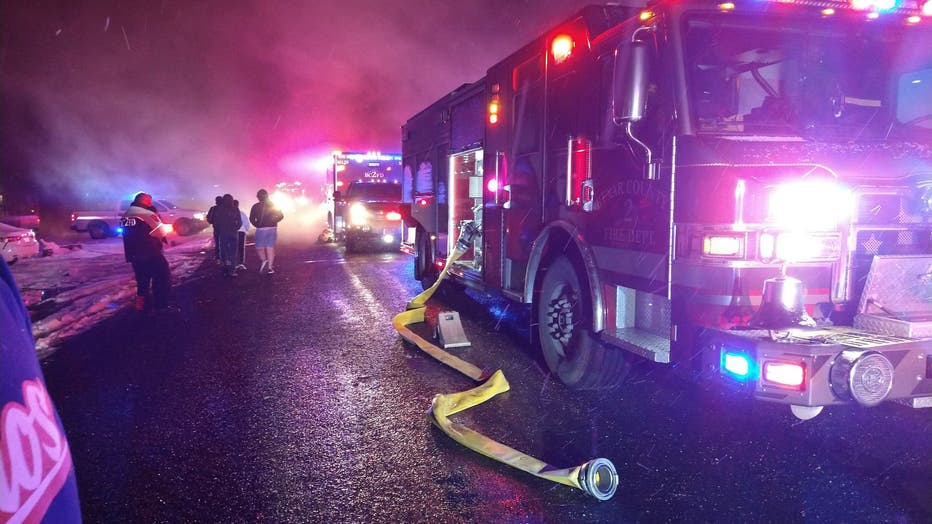 Her husband rushed to cut off the main power supply and ensure the fire didn't worsen as well as try and recover what he could. And while no one was injured, the Mufti family was forced to watch flames take over their home.

"He seen [sic] everybody was out, and he went back into the house… just trying to save something for your family," Mufti said. "And that was it. We went across the street to the neighbor's house and watch the house burn down." 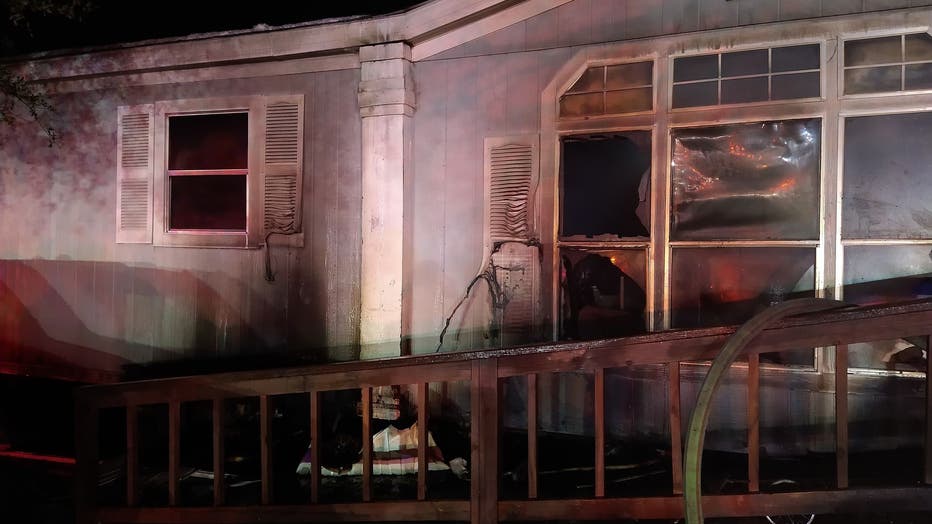 The next couple of months continued to be a struggle for the Mufti family as they searched for their new home, but because of their ties to Houston, had actually planned to move there anyway.

"We have been participating with Fifth Ward Islamic Center, some Muslim community here in Houston, where we were coming every weekend to feed the homeless," Mufti said. "We would cook food in San Antonio, keep it warm, bring it to Houston and distribute it to the community, along with other community members is."

"We have a youth group for our children, there was a lot of things going on in Houston to provide a better life for our children," she continued. "And the idea of staying in San Antonio knowing that we would just be right down the street from the disaster would have been way too much for our family to mentally comprehend every day."

The family officially moved to Houston in April 2021 and while Mufti says physically, they've settled in, the winter weather approaching has them in a different space, mentally.

"We've had to emotionally still adjust, and you know, [Wednesday] it was foggy, it was foggy the day before it started snowing in San Antonio," she explained. "So the fog kind of triggered something in me and I called my husband. I was like, his fog is just like it was the day before this."

FOX 26 Political Reporter Greg Groogan has more as Texas Governor Greg Abbott and ERCOT Chief are saying the power grid, which suffered major problems in 2021, is ready for the approaching winter storm.

On top of trying to keep her own emotions together, Mufti says her main concern is her three children.

"My 13-year-old she was like, 'so we're going to freeze again... we need to pack our bag, we need to put it by the door and make sure we have everything,' because they lost things that were sentimental," she noted. "She's 13! And she's worrying about stuff that adults have to worry about. Not because her mom and dad and grandma are worried about it but because she has to mentally prepare emotionally prepare herself."

MORE: Bitter cold coming to Texas this week but it won’t be 2021 all over again

"Whenever the heater comes on, and you know that first smell of the heat? My son panics," Mufti continued. "Like he ran and grabbed his blanket. He was just crying. He's like ‘the house is gonna burn down!’ And we're like, 'no, Ali…it's OK!'"

And despite officials with the Electric Reliability Council of Texas (ERCOT) and Governor Greg Abbott expressing confidence in the power grid, Mufti says their word is simply not enough.

"They were confident last year, you know what I mean? What they say don't mean nothing [sic] to me," she said. "I don't trust it. I can pray and hope and have faith that everything is going to be okay, you know? But I can't get my children no guarantee."

Instead, the family is relying on one another to keep themselves safe and warm during the freezing weather.

"We have food, canned food, stuff like that, we have a generator. That's really all we can do," Mufti noted. "We got all the blankets and all of our clothes are washed up. And we now have like a fireproof safe because when the fire happened, we lost everything. Our birth certificates, I.D.'s, social security cards."

Tips to get your home ready for the approaching winter storm

FOX 26 Reporter Natalie Hee spoke with a meteorologist who provided some tips on what you can do now to prepare your home for the arctic blast that's approaching the Houston area.

Through all the tears wiped away as she looked back on the frightening moments, Mufti maintained a sense of optimism.

When asked how she was able to stay so positive, Mufti said with a smile, "when you know, there's a higher power, that God is in control of everything. I mean, what is that to be mad about?"