LAKE BUENA VISTA (FOX 13) - Normally, the parking lots around Walt Disney World would be bustling with families unpacking their cars and loading up with snacks and sunscreen for the day. But Hurricane Matthew was the only visitor in town this morning.

The storm, passing just off Florida's east coast, did not make the worst-case scenario landfall that forecasters has feared. Still, the Orlando-area theme parks remained closed for the day.

"I never get time off. I'm a little sad," tourist Amber Klinkel, 25, of Battle Creek, Michigan, lamented at Universal Studios.

It's only the fifth time since it opened in 1971 that Disney World was closed, CNBC reported. Aside from the Sept. 11th terror attacks, all of the other closures were also for hurricanes.

With the parks shut down, Interstate 4 was nearly empty through Central Florida, and gas stations around Disney Springs -- formerly Downtown Disney -- were also closed and gas pumps wrapped in plastic.

As of mid-morning, Hurricane Matthew was passing 40 miles off Cape Canaveral. The National Hurricane Center reported that hurricane-force winds extended outward 60 miles from the storm's center, and tropical-storm-force winds extended up to 185 miles -- a wide enough swath to include Orlando and the theme parks. 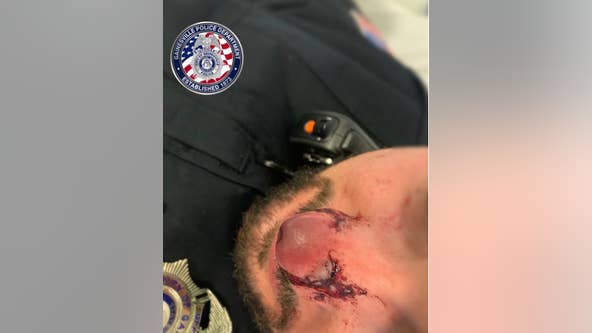