Eric Robison, 23, lost his 22-year-old wife to COVID-19 and became a single father within the span of just two months. ICU nurse Ashlee Schwartz saw the young family’s tragic struggle and stepped in to help.

FORT SMITH, Ark. - Eric Robison, 23, of Fort Smith, Arkansas lost his wife to COVID-19 and became a single father within the span of two months.

Robison’s wife, Emily, was just 22 years old when she died and was seven months into her pregnancy.

Emily was taken to the hospital on Aug. 15 after testing positive for COVID-19, according to Eric. She was having trouble breathing and was experiencing flu-like symptoms.

Once she got admitted, Emily’s health declined rapidly. 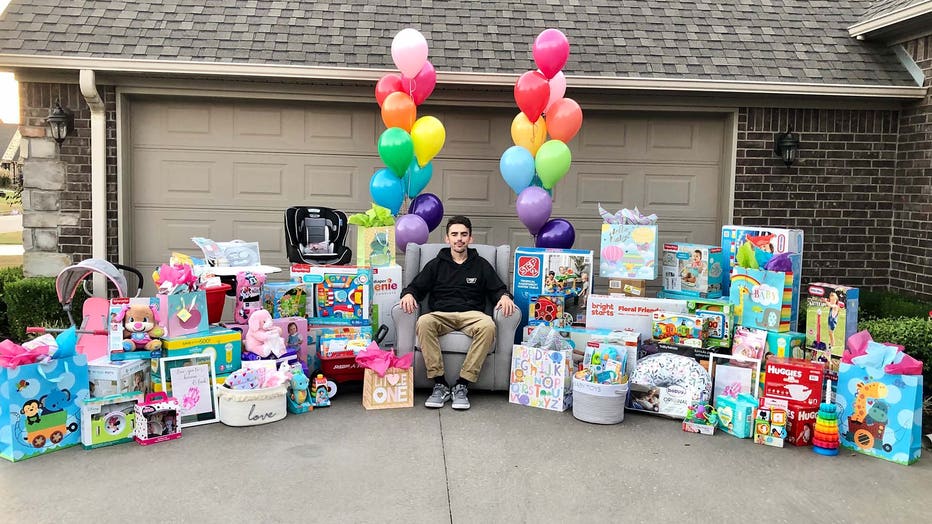 Eric Robison sits with the donations he received for his newborn, Carmen. (Ashlee Schwartz)

"She had problems but she was just like a normal sick person," Eric told FOX TV Stations. "But she was a completely different person at 7:00 a.m." 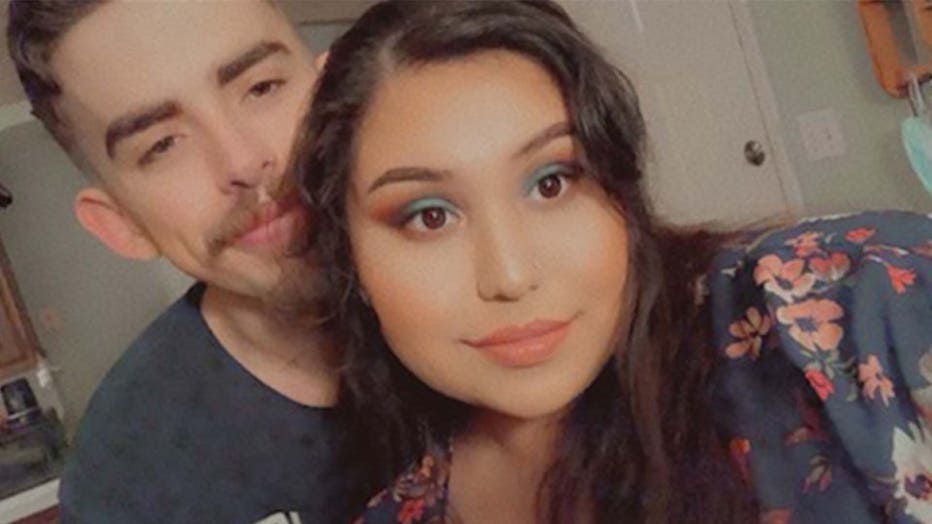 Eric had called the ambulance for his wife at about 5:30 p.m. the night she was taken to the hospital. Doctors put a BiPAP mask to help Emily breathe better but after three days of no significant improvement, doctors resulted to putting Emily on a ventilator. Emily had a history of asthma but was otherwise, a healthy young woman.

As Emily’s health continued to decline, doctors and Eric had to make a decision on what to do about their unborn daughter, Carmen. According to the doctors, they could no longer detect Carmen’s heartbeat and needed to act fast, but her due date wasn’t for another two months.

"They called me and they said, ‘Eric, your wife has been declining for the past two and a half hours, Carmen has to come out immediately, but we do not believe your wife will make it through the C-section,’" Eric said.

Doctors told Eric they could help Emily get through the surgery with medication and get Carmen out — so they did. 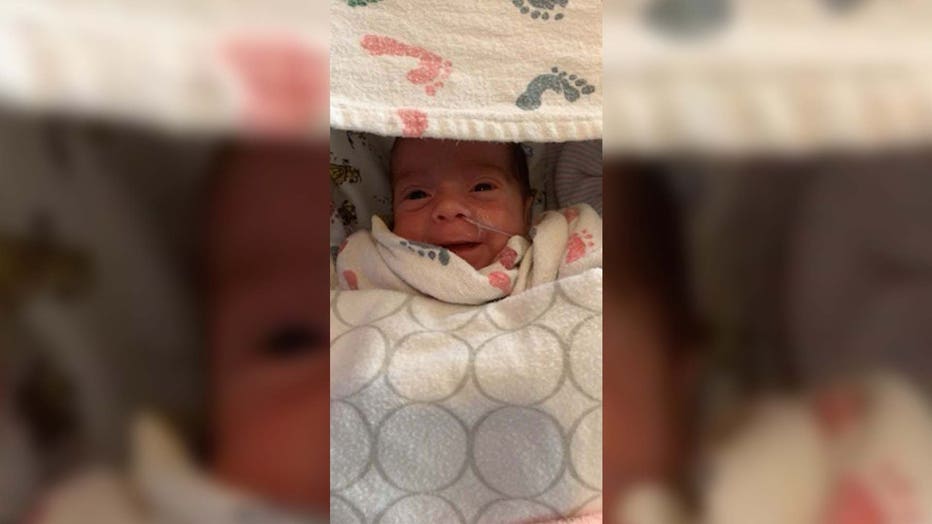 Once doctors were able to perform the emergency C-section, Emily’s health continued to drastically decline.

"She made it through amazingly, phenomenally, they didn‘t use any of the medicine they said she needed," Eric said of his wife. "She even went back to the ICU after the C-section and was even good on oxygen after."

Eric was willing to bet that his wife was fighting just enough to make sure their daughter had a safe delivery.

Tragically, Emily passed away on Sept. 20. "At 11:46 p.m.," Eric said. The pair would have been married for four years this month.

Eric said neither he nor his wife were vaccinated against COVID-19, but after the experience he and his daughter went through, he plans to get one soon. "Now, it’s completely a different story. Now, I take it far more serious. I am about to get vaccinated, as soon as possible, right away. There’s no question about it," Eric said. 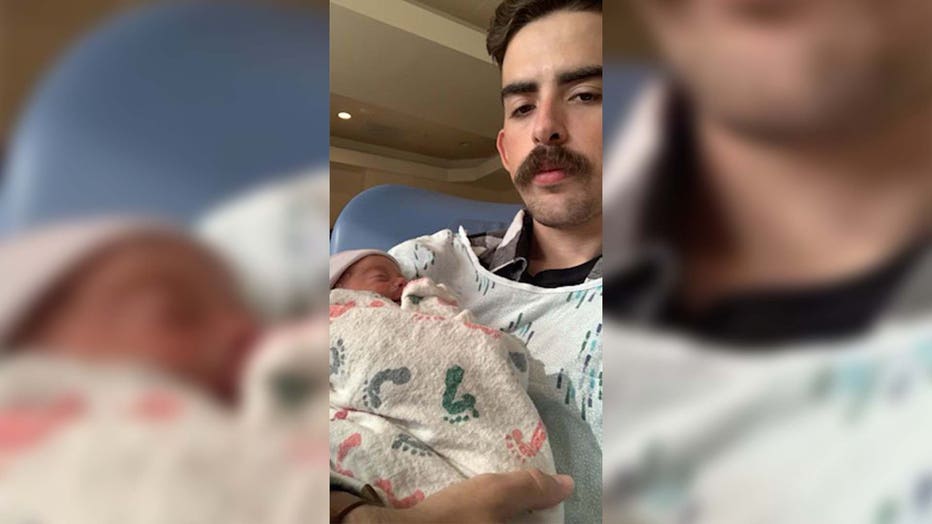 Eric suddenly became a single father and had no time to prepare for his newborn because she came two months early. Carmen is his first child.

That is where Ashlee Schwartz, an ICU nurse at Mercy Hospital in Fort Smith, Arkansas, came into the picture.

Unbeknownst to Eric, Schwartz had noticed the young family because she checks on COVID-19 patients, as do many health care workers amid the pandemic, and saw a 22-year-old in the ICU.

"I always get on in the morning and look at the COVID patients and I saw we had a 22-year-old, and I was like, ‘Oh my gosh,’" Schwartz said.

She was shocked to see such a young, pregnant mom in the ICU due to COVID-19 and while getting another one of her patients some water, Schwartz saw Eric sitting in a chair as he stared at Emily on a ventilator. 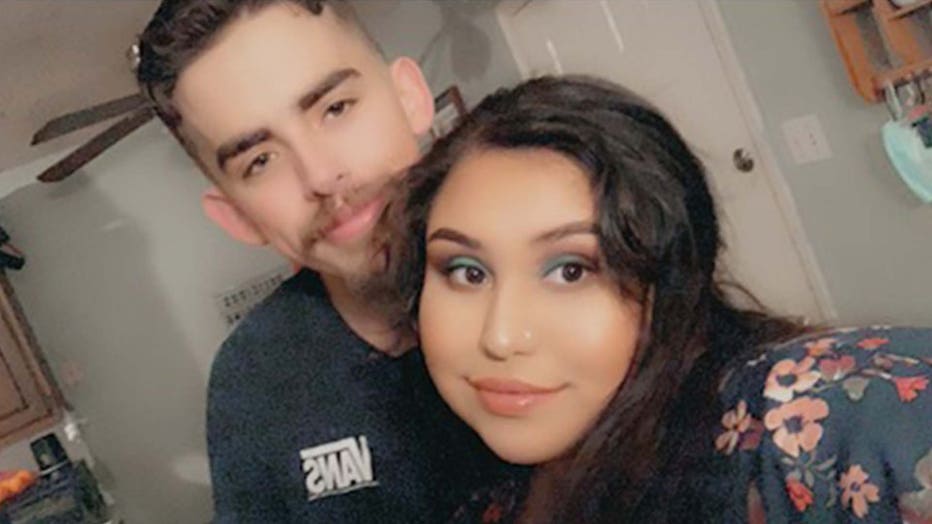 RELATED: SoCal nurse, husband leave behind 5 kids, including newborn, after dying of COVID-19

"I remember all I could picture was if Emily was going to be able to overcome COVID, more than likely, Carmen would be home before Emily. Emily was going to be in the ICU for a handful of months and then go to intensive rehab and all I could picture after that was her coming home and walking into her house and have nothing for her new baby," Schwartz said.

So she decided she wanted to help the young family.

Schwartz said the hospital’s nurses were a part of a private Facebook group and she posed a question in the forum asking if anyone would like to help donate some necessities for Eric and Emily. Many said yes.

"All I could picture was her walking through that door and say, ‘Why couldn’t someone have helped me,’" Schwartz said. "Their story could very well be our own story. I just would hope that if I were in Emily’s shoes or my husband was in Eric’s position, that someone would just take them under their wing and help."

Schwartz approached Eric and asked him if he had a baby registry that they could take and start making donations, but since Eric was a first-time dad, he had no idea what a baby registry was, nor was he even contemplating life after his wife’s passing. 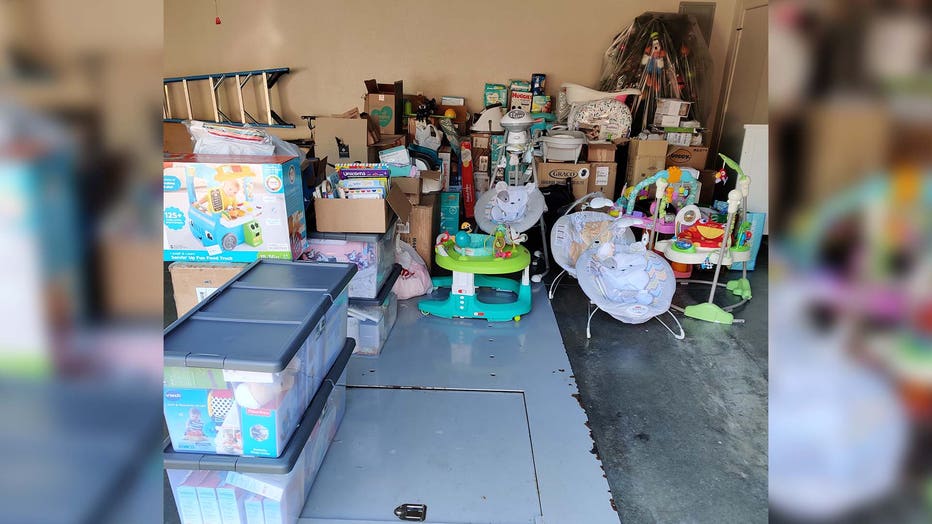 Donations made to Eric and Carmen. (Ashlee Schwartz)

RELATED: Married couple leave 7 children after dying from COVID-19 within hours of each other

"So I just asked him, what do you have thus far? All they had were clothes," Schwartz said. "After talking a little bit, I asked him if he would mind if I started a baby registry for him. I told him, ‘I can’t promise you I’ll get everything you need, but I will try my hardest to get you the essentials to take home with you and Carmen.’"

Donations started slowly trickling in and a GoFundMe that was set up by Schwartz started gaining some attention, but it wasn’t until Eric’s story became national news that things started to blow up.

According to Eric, the GoFundMe raised over $12,000, even though the goal was just $1,000, and he was getting all sorts of donations to fill up Carmen’s nursery.

"I did not expect this, I honestly expected a couple of gifts, $50 dollars, that’s it, but it’s taken off to a point that I am grateful forever, I’m eternally grateful, I'm just blown away, mostly, I’m almost bittersweet," Eric said. 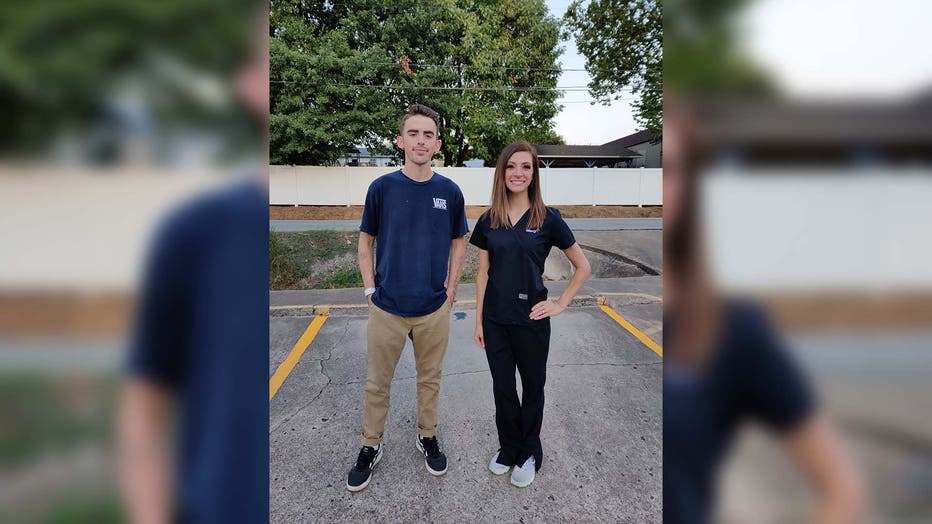 RELATED: ‘Can I hug you?’ COVID-19 survivor returns to personally thank ICU staff

Schwartz and Eric have become like family after dealing with a tragedy together.

"I was so worried about my life, I knew for a fact Carmen would be safe as long as she made it out of the womb, once she made it out and she was good, but I didn’t really think about what happens after. When Ashlee came to me and said that, I felt relief because I hadn’t really thought about it," Eric said.

"Ashlee will be in Carmen’s life until she’s older and Ashlee’s sons and my daughter will probably be best friends," Eric added.

Schwartz and her husband have two adopted sons.

"I was doing a simple act of pay life forward, never in a million years did I ever think this would take off," Schwartz said. "I’m so overwhelmed and in awe, I was so tearful all day yesterday. You’re just so grateful that his story gets shared and more help is on the way for Carmen and Eric. I love to see other people blessed, it makes my heart so happy, I’m so overwhelmed with happiness. If you can pay life forward to people it brings so much joy to your life, sometimes those acts of kindness, people will never forget." 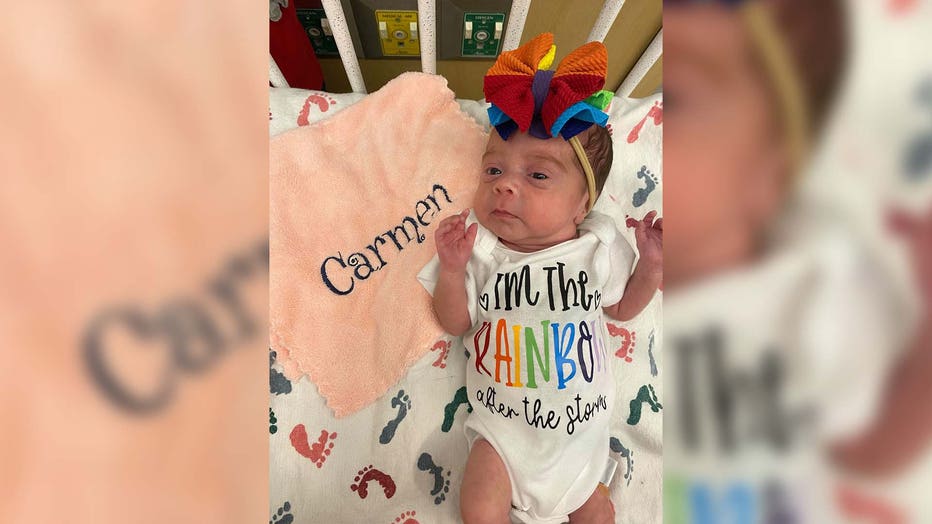 Schwartz and Eric have every intention of creating a lasting legacy for Emily so that Carmen can have wonderful memories of who her mother was.

"Whenever she is able to understand and is able to fathom or get a grasp of this whole situation, I will let her know who her mom was," Eric said. "I’ve decided to start a scrapbook, I have a lot of pictures of her mom, of her pregnant and a lot her everything, so, I’m going to obviously tell her about her mom and how amazing she is, although you lost your mom, there are thousands of people who made sure you could succeed in life."

In a further attempt to create beautiful memories for Carmen, Schwartz was able to get a handprint from Emily framed and will eventually have Carmen’s handprint next to it to create a keepsake for the family.

"I was able to get her handprint and used this wonderful Etsy shop to get it put together," Schwartz said.

Schwartz said Eric and Carmen are still in need of some necessities such as diapers and she hopes to get Carmen’s entire nursery filled before the baby comes home.

Carmen is now 5 pounds, 6 ounces and is still dealing with some digestion issues, but she is growing stronger during her time in the NICU.

Anyone wishing to make donations to Eric and Carmen can do so on their Amazon baby registry or their GoFundMe, both of which Schwartz set up.