David Lester from Zephyr Cove, Nevada woke up Saturday to find his Christmas decorations in disarray, and the culprit was caught on camera. (Credit: David Lester)

ZEPHYR COVE, Nevada - David Lester woke up last week to find his Christmas decorations in disarray — and the culprit was caught on camera.

Lester’s security camera caught the incident on video, which shows a bear taking on an inflatable reindeer at his Lake Tahoe home. The footage shows the bear hitting and squashing down the inflatable Christmas decoration.

Showing no sign of wanting to join in any of Rudolph’s "reindeer games," the video then shows the bear taking off.

Now, Lester is selling the famous viral Rudolph on eBay — and for a good cause. 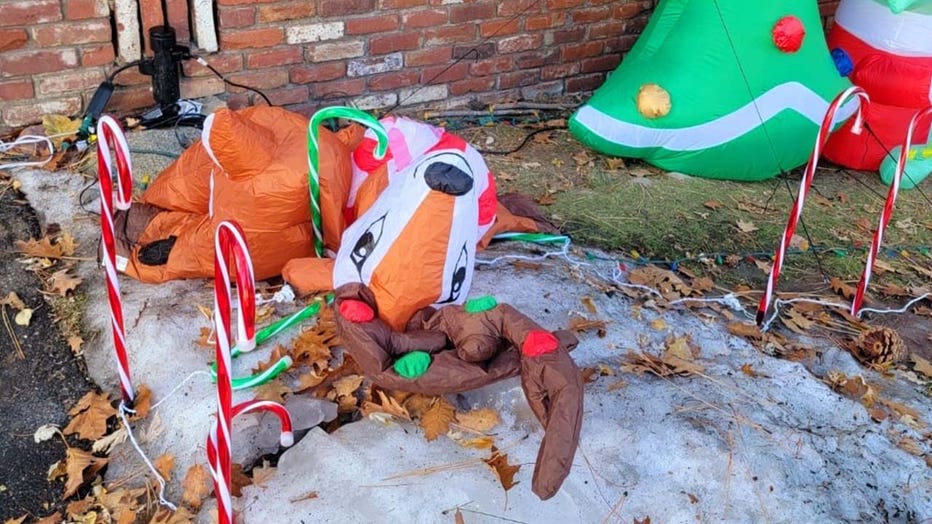 He says all profits from the "mauled reindeer" will go to a wildlife charity.

"I figured it was a great way to turn a viral video into charity donations for our local Tahoe bears," Lester told FOX Television Stations.

He posted a message on social media following the incident, writing, "Sad news, woke up this morning to Rudolph laying on the ground unresponsive. No amount of CPR or duct tape could revive him."

Lester continued, "Upon reviewing my Ring cam video, it appears that a hungry Tahoe Bear was not in the Christmas spirit."

Lester said his decoration was only two years old.

Currently, the starting bid for the reindeer is 99 cents. You can place your bid on eBay here. The website says donations will go to the following charities: Lake Tahoe Wildlife Care, Bear League and Catmandu.

Lester said he hopes these "three wonderful local charities get some holiday money to help our wildlife and domestic cats."