"Fred Rogers Productions is deeply saddened by the passing of Joanne Rogers. The loving partner of Fred Rogers for more than 50 years, she continued their shared commitment to supporting children and families after his death as chair of the board of Fred Rogers Productions," the tweet read."Joanne was a brilliant and accomplished musician, a wonderful advocate for the arts, and a dear friend to everyone in our organization. We extend our heartfelt condolences to Joanne’s family and the thousands of people who had the privilege of knowing and loving her." 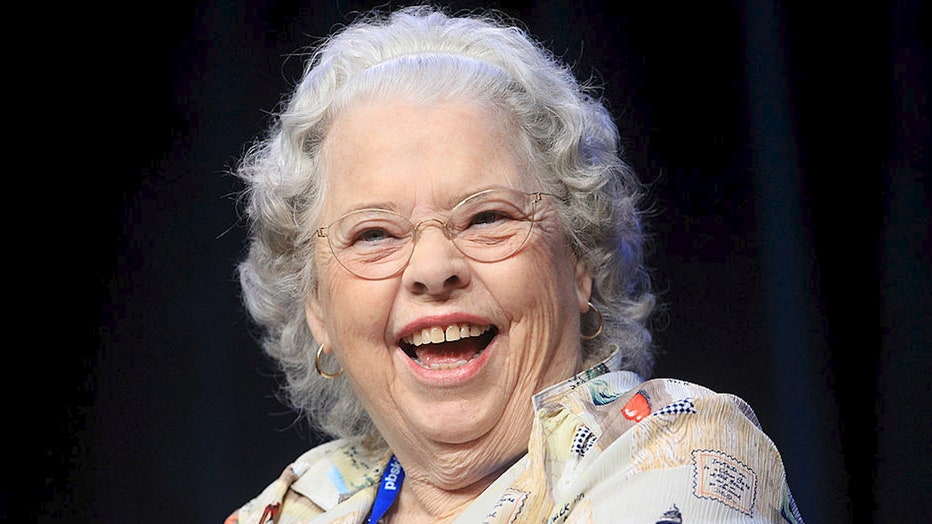 FILE - Joanne Rogers, wife of the late Fred Rogers speaks onstage at the 'Daniel Tiger's Neighborhood' panel during day 2 of the PBS portion of the 2012 Summer TCA Tour held at the Beverly Hilton Hotel on July 22, 2012 in Los Angeles, California.

Joanne was married to the star of "Mister Rogers' Neighborhood" for over 50 years and continued to carry on her husband’s legacy of kindness and compassion as the chair emerita of Fred Rogers Productions and the "Honorary Chair of the Fred Rogers Center for Early Learning & Children’s Media on the Saint Vincent College campus," according to the Los Angeles Times.

Joanne was a classically trained and professional pianist and got her Masters of Music from Florida State University.

"She graciously and generously made herself available to his body of work, his production company, and his mission," according to an emailed statement from Fred Rogers Productions. "With a heart of gold, she had a spirited and most positive attitude, and a wonderful sense of humor with a recognizable bountiful laugh. Joanne loved the performing arts and was prominent in the music communities of Pittsburgh and Latrobe."

Joanne not only starred in several episodes of her husband’s wildly popular children’s program, she also played a part in the 2019 movie based on her husband’s life, "A Beautiful Day in the Neighborhood" starring Tom Hanks as Fred Rogers.

Joanne is survived by her two sons and three grandchildren.