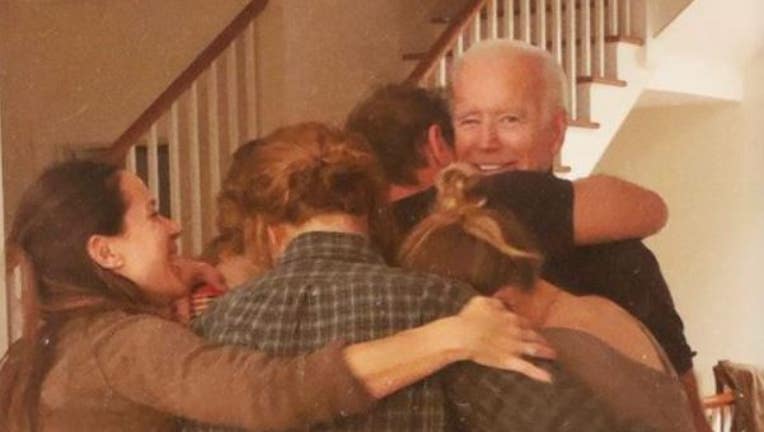 The photo was simply labeled "11.7.2020." It shows Joe Biden in a group embrace in a family home after learning that he had been projected to be the next president of the United States. He is smiling at the camera.

Naomi Biden is the oldest of Joe Biden's grandchildren. She is the daughter of Hunter Biden and is named after Hunter's sister, Naomi Christina, who was killed in a car crash with her mother in 1971.

Biden is scheduled to give a victory speech on Saturday night.

Meanwhile, President Donald Trump continued to claim that he had won the election, and vowed to fight in court.

In statement, Trump said: "The American people are entitled to an honest election: that means counting all legal ballots, and not counting any illegal ballots."