Lake, the GOP candidate lost her bid to be Arizona's next governor, is demanding Maricopa County hand over documents related to the midterm election.

PHOENIX (AP) - Kari Lake, the defeated Republican candidate for Arizona governor, has filed a public records lawsuit demanding Maricopa County hand over a variety of documents related to the election.

Lake has refused to acknowledge that she lost to Democrat Katie Hobbs and has for weeks drawn attention to voters who said they experienced long lines and other difficulties while voting on Election Day in Arizona's largest county.

Her lawyer, Tim LaSota, says in the suit filed Wednesday that the county has not fulfilled public records requests filed on Nov. 15 and 16. The requests seek to identify voters who may have had trouble casting a ballot, such as people who checked in at more than one vote center or those who returned a mail ballot and also checked in at a polling place.

Lake is also asking for information about counted and uncounted ballots that were accidentally mixed. County officials have acknowledged the problem occurred at a handful of vote centers but say it happens in most elections and can be reconciled.

Lake and her allies have bombarded Maricopa County with complaints about Election Day problems, which stem largely from a problem with printers at some vote centers that led them to print ballots with markings that were too light to be read by the on-site tabulators. All ballots were counted, but Lake says some of her supporters may have been unable to cast a ballot amid the chaos.

The statewide canvass is scheduled for Dec. 5.

County officials did not immediately respond to a request for comment Friday. Board of Supervisors Chairman Bill Gates, a Republican, has said the county takes responsibility for the printer issue but blamed prominent Republicans including state GOP Chair Kelli Ward for exacerbating the problem by telling voters not to allow their ballots to be counted at the elections headquarters in downtown Phoenix. 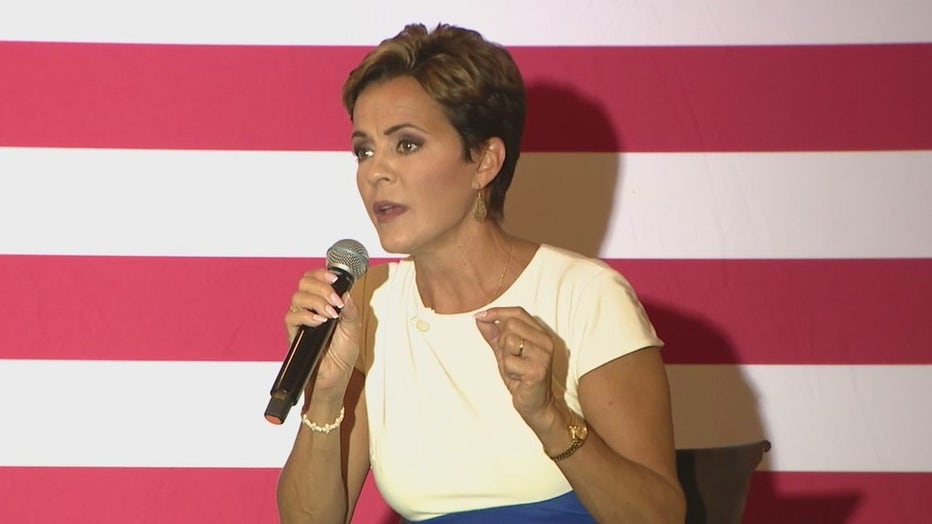