President Joe Biden gave his first address to the U.N. General Assembly and called on nations to move quickly to tackle the COVID-19 pandemic, climate change and other issues facing the world, on Sept. 21, 2021, in New York City.

Burns, an award-winning documentarian known for examinations of chapters in American history like "The Civil War" and "The Vietnam War" films, appeared on the Sept. 20 episode of the "SmartLess" podcast hosted by actors Will Arnett, Jason Bateman and Sean Hayes.

Arnett, who noted Burns’ record in "making films about the American experience," asked him how he feels about the situation today amid the ongoing global COVID-19 pandemic, a surge of mistrust and misinformation online, political division, a climate change crisis and more.

"Do you have a cynical view now of where we are headed and where we’ve come from? Is it doom and gloom or do you feel okay?" Arnett asked.

"It’s really serious. There are three great crises before this: the Civil War, the Depression, and World War II. This is equal to it," Burns replied.

The 68-year-old filmmaker went on to quote a portion of a speech made by Abraham Lincoln in 1838 to the Young Men's Lyceum of Springfield, Illinois. In the address, titled "The Perpetuation of Our Political Institutions," Lincoln warned that those who disrespected U.S. laws and courts could destroy the nation at large.

''From whence shall we expect the approach of danger? Shall some trans-Atlantic military giant step the earth and crush us at a blow? Never. All the armies of Europe, Asia and Africa could not by force take a drink from the Ohio River or make a track on the Blue Ridge in the trial of a thousand years. No, if destruction be our lot we must ourselves be its author and finisher. As a nation of free men, we will live forever or die by suicide," Lincoln said, according to a transcript of his speech shared by AbrahamLincolnOnline.org.

"And we’re looking right down the muzzle of that gun," Burns added. 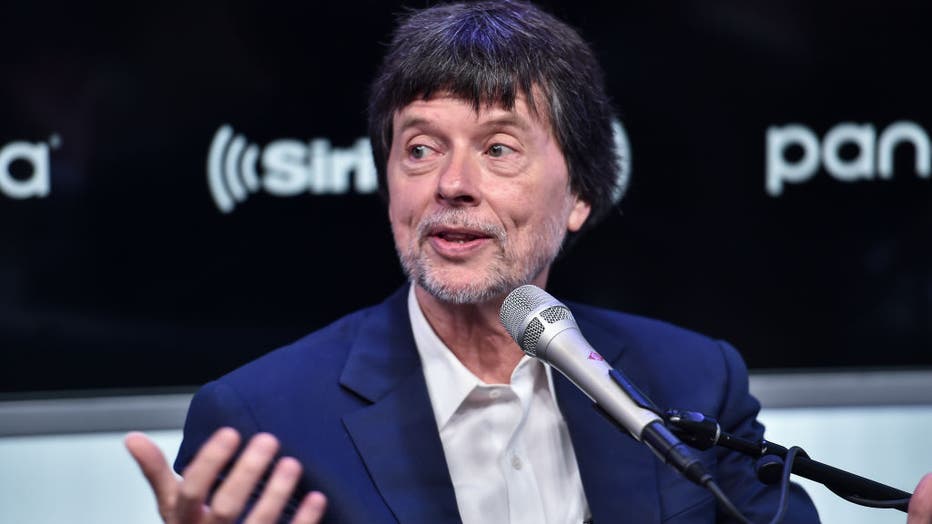 The filmmaker went on to tell the hosts of the podcast that he feels a sense of urgency with his documentaries, noting how projects take "three years" for him to complete. Burns’ latest documentary about the life of boxing legend and civil rights activist Muhammad Ali premiered on Sept. 19 on PBS, which he said he actually started in 2014.

A similar sentiment was echoed this week by United Nations Secretary-General Antonio Guterres during the U.N. General Assembly, who opened Tuesday’s meeting with a warning that the world has never been more threatened and divided — saying "we face the greatest cascade of crises in our lifetime."

Guterres pointed to inequalities sparked by the COVID-19 pandemic, climate alarm bells "ringing at fever pitch," upheavals from Afghanistan to Ethiopia and Yemen thwarting global peace, and a surge of misinformation.

The secretary-general urged world leaders to bridge divides to promote peace, restore trust between the richer north and developing south on tackling global warming, reduce the gap between rich and poor and promote gender equality.

He also called on member nations to ensure that half of humanity that has no access to the Internet is connected by 2030.

RELATED: Biden says US 'not seeking a new Cold War' during UN address