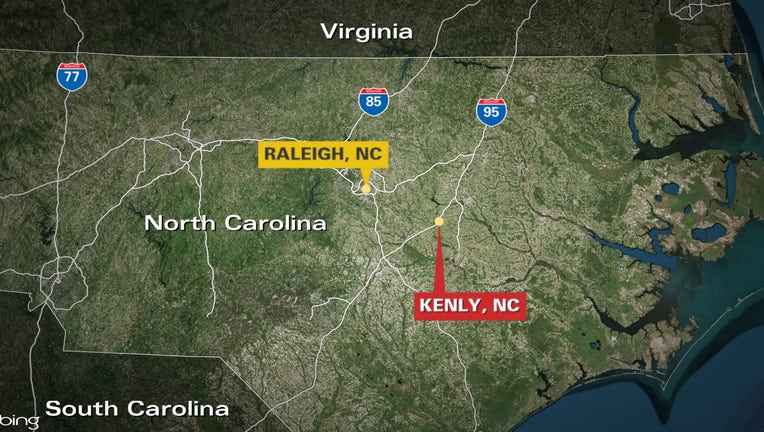 An entire police department in North Carolina resigned Friday after the hiring of a new town manager.

Police officers and other officials in the small town of Kenly have submitted mass-resignation letters citing stress, a hostile work environment and an inability to continue the department's long-term betterment projects.

In a letter to Town Manager Justine Jones, Police Chief Josh Gibson expressed regret toward the negative changes he felt were occurring in the department.

"In my 21 years at the Kenly Police Department, we have seen ups and downs. But, especially in the last 3 years, we have made substantial progress that we had hoped to continue. However, due to the hostile work environment now present in the Town of Kenly, I do not believe progress is possible," Gibson wrote.

Neither the police department nor Jones has been willing to speak to the media on the nature of these complaints, local outlets report.

Gibson's letter was only one of several resignations that were made publicly available after the mass exodus.

"It is with a heavy heart that I take this action. I have been with the town since 2004 and fully expected to finish my law enforcement career with the Town of Kenly. Unfortunately, there are decisions being made that jeopardize my safety and make me question what the future will hold for a Kenly Police Officer," wrote officer G.W. Strong.

While all others addressed their resignations to Gibson, the police chief himself submitted his to Jones.

Jones was just hired as town manager last month after serving in various local government positions in other states. Her new position was celebrated by the Town of Kenly in a June press release.

"Jones has dedicated her career to public service over the last 16 years during which she worked in progressively responsible positions with local governments in Minnesota, Virginia, South Carolina and North Carolina," the town wrote in the statement. "She began her municipal career as the Executive Assistant to the City Manager and National Urban Fellow in the City of Norfolk, Virginia"

Police leadership and active duty officers were joined in their resignation by other officials.

"I have truly enjoyed working for The Town the last four years. Due to the current situations and the stress in the work area lately, my main concern is my health, and right now I need to focus on my wellbeing. The work area is very hostile and I will not let myself be around that kind of atmosphere," wrote Christy Thomas, utility clerk for the town of Kenly.

Some outgoing government employees kept their messages curt and to the point — including Town Clerk Sharon Evans.

"I will be retiring sooner than I had planned. This is my two weeks notice as of today. I can no longer work under the stress," wrote Evans.

Timothy Nerozzi is a writer for Fox News Digital. You can follow him on Twitter @timothynerozzi and can email him at timothy.nerozzi@fox.com