LOS ANGELES - Whether it's the size of the 70,000-seat stadium or trading away future draft picks to land superstars, it's no secret that the Los Angeles Rams like to go big.

Now, with a Super Bowl LVI title, it was only fitting the Rams celebrated the franchise's first NFL title in Los Angeles with massive championship rings.

On Thursday, the players from the historic 2021 team were rewarded with massive commemorative rings. Star defensive lineman Aaron Donald was among the Rams players spotted celebrating with the massive bling during the team's ring ceremony party Thursday.

"Ring me," Donald said playfully in a video shared by the Rams social media team. "Ring me!"

The ring, designed by Jason of Beverly Hills, resembles the team's $5 billion stadium. Owners of the ring can twist the top open and see the miniature replica of SoFi Stadium's seating bowl, as well as the stadium's circular video board.

Here are some of the other features included in the ring's design:

Rams season ticket members will receive an email with early bird purchase opportunity. The general public will be able to jump on a waitlist by filling out the form here.

Below are some of the photos of the team's championship ring: 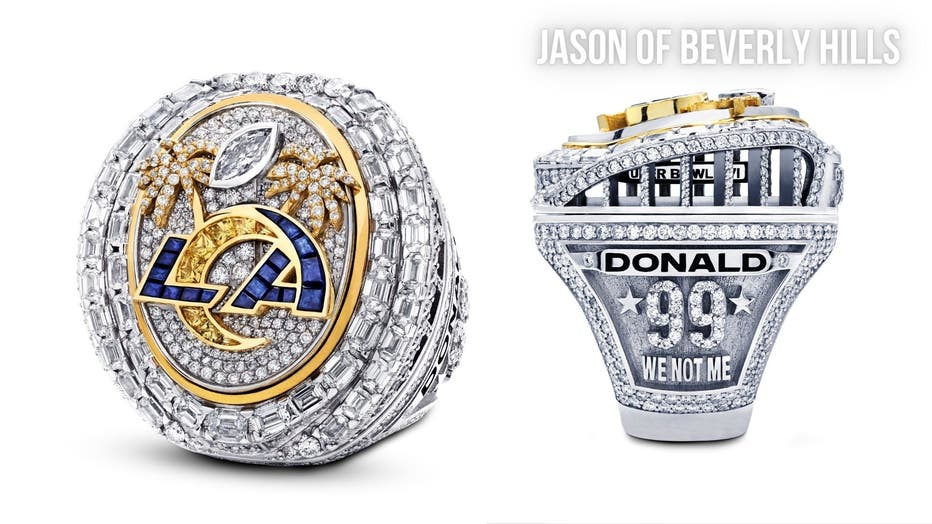 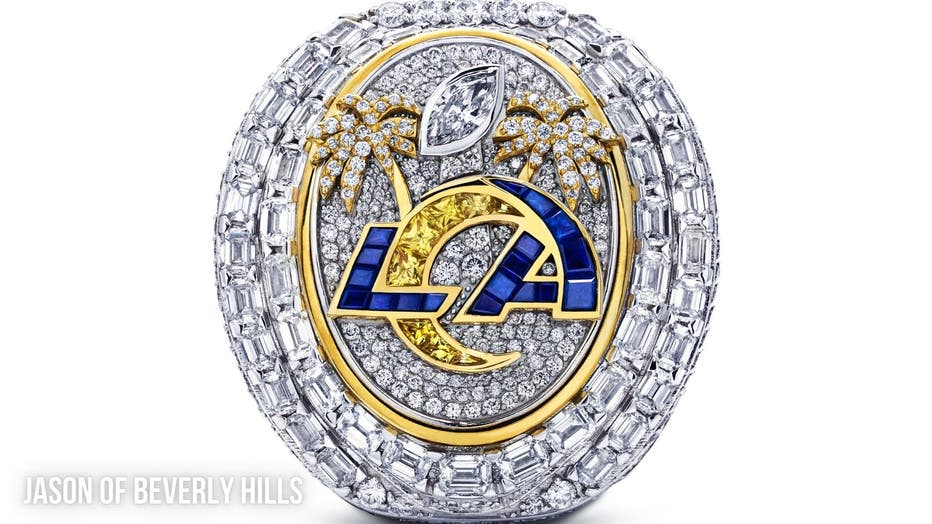 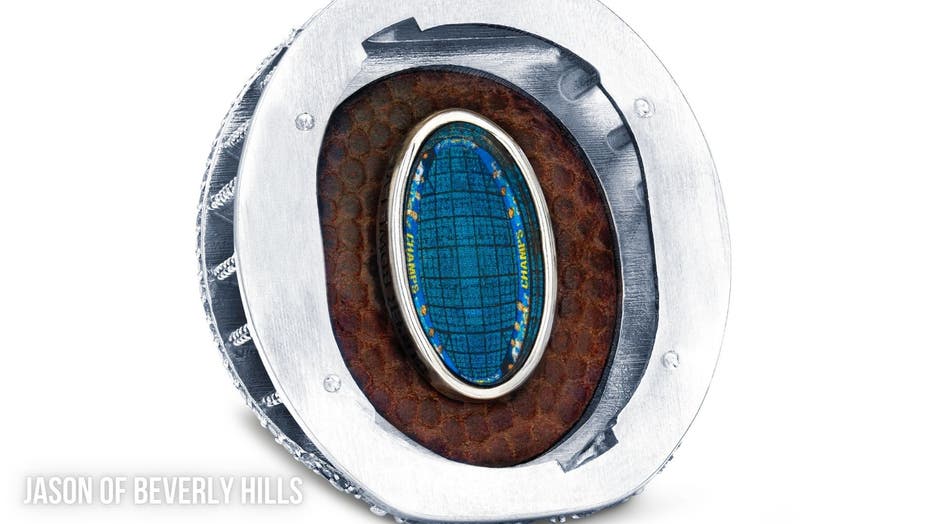 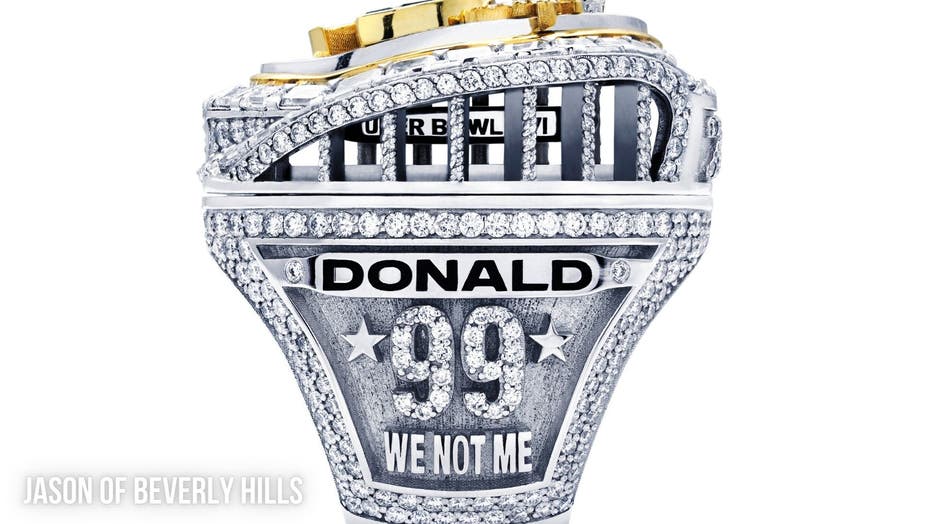 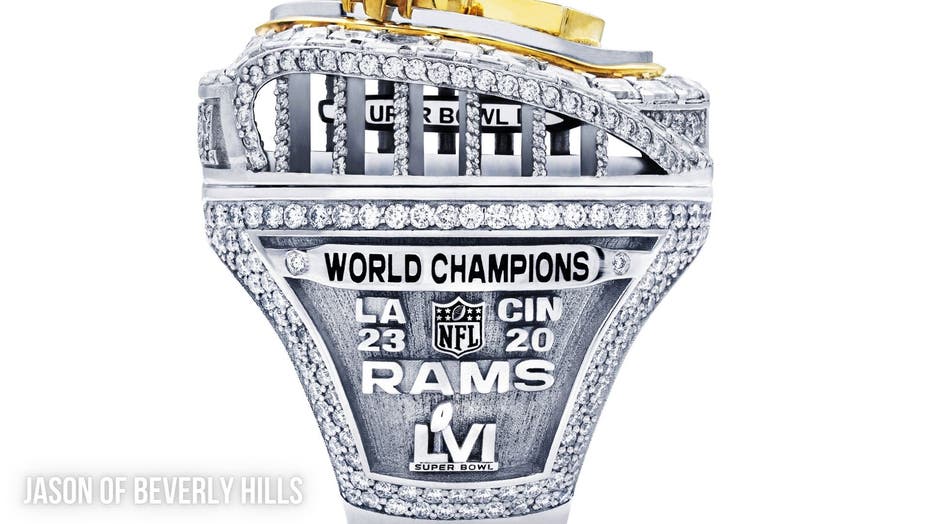 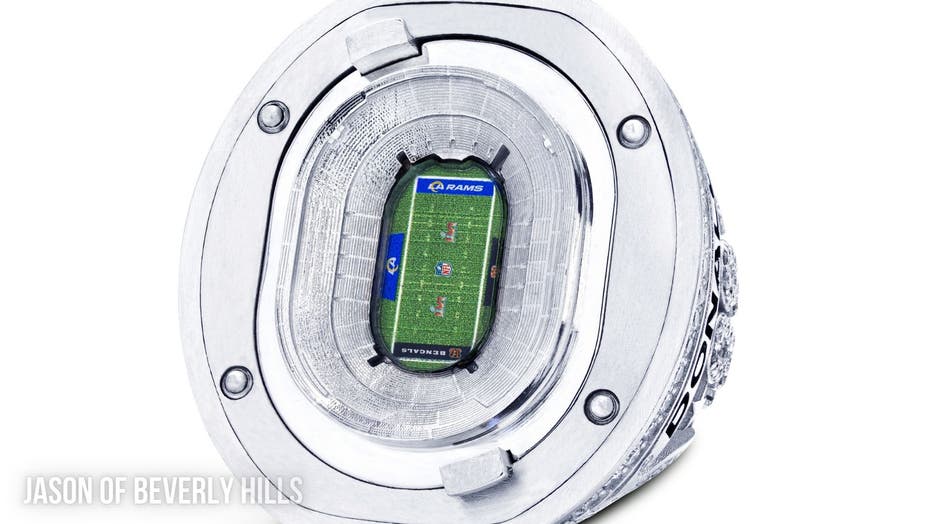