The landslide sent mud, dirt, rocks and debris down the cliff to RAT Beach underneath.

It happened around 10 a.m. near Beach Club Road and Rosita Place. The landslide sent mud, dirt, rocks and debris down the cliff to RAT Beach underneath. There were at least three slides that occurred in the morning.

Video from SkyFOX shows the side of the cliff collapse, causing a county maintenance truck to be hit by heavy debris. No one was inside the vehicle; no other injuries were reported.

By mid-afternoon, engineers from the city of Palos Verdes Estates surveyed the damage done by the landslide.

A gardener of a house on Rosita Place showed FOX 11 images of what the slide looked like from above, He also showed us a sinkhole that appeared to deepen this week into the property. 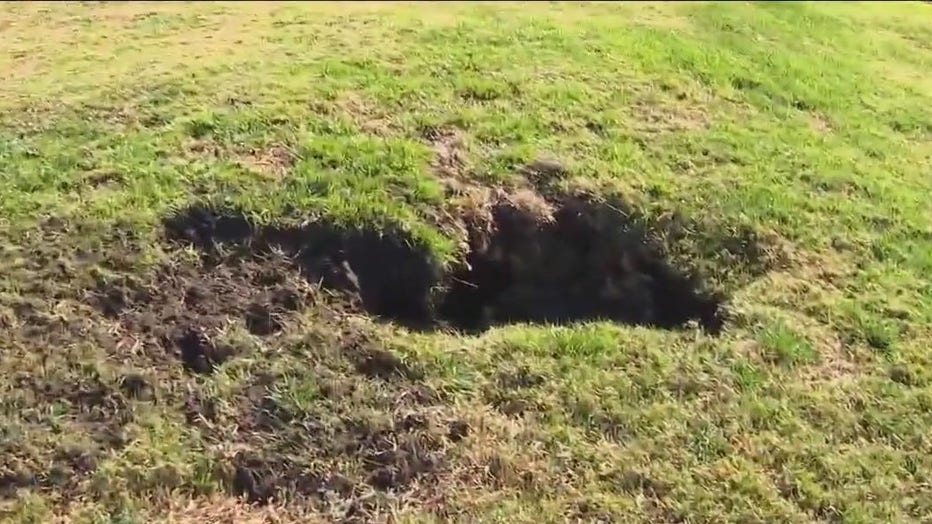 People are urged to avoid the area. A beach closure is in effect from the southernmost end of the Torrance Beach Parking lot to the top of the RAT Beach trailhead, the LA County lifeguard department said.

There are signs in the area warning people of falling rocks and unstable land.