Rain Augustine speaks with Dr. Morrone on the opioid crisis

WASHINGTON - Colorado Republican Rep. Lauren Boebert on Monday introduced a bill that would classify the synthetic opioid fentanyl as a weapon of mass destruction.

The "Fentanyl is a WMD Act," introduced on Monday afternoon, would instruct the assistant secretary in charge of the Department of Homeland Security’s Countering Weapons of Mass Destruction Office to treat fentanyl as a weapon of mass destruction — which would put the opioid under the purview of several agencies, not just the Department of Homeland Security.

"This would enable the Department of Justice and the Department of Homeland Security, Drug Enforcement Agency, and Department of Defense to better coordinate their efforts and immediately publish the necessary administrative directive to eliminate the threat posed by this deadly substance," Boebert, a freshman running for reelection in Colorado’s 3rd congressional district, told FOX News Digital.

Boebert, who has also garnered headlines during her first term for controversial remarks about fellow Democratic House Rep. Ilhan Omar and heckling President Joe Biden during the State of the Union address, is pushing to treat the deadly substance "with the seriousness that it deserves."

Fentanyl is a synthetic opioid that can be up to 100 times stronger than morphine, according to the U.S. Centers for Disease Control and Prevention and the U.S. Drug Enforcement Administration.

Pharmaceutical fentanyl was developed for pain management treatment of cancer patients and applied in a patch on the skin. But because of its powerful opioid properties, it has helped drive the nation’s drug overdose epidemic.

Last year, fentanyl overdoses became the No. 1 cause of death among U.S. adults between the ages of 18 and 45. The U.S. also suffered more fentanyl-related deaths than gun-related and auto-related deaths combined in 2021, according to the DEA.

The DHS classifies a weapon of mass destruction as "a nuclear, radiological, chemical, biological, or other device that is intended to harm a large number of people."

Boebert said fentanyl is "absolutely a weapon of mass destruction," but she told FOX News that her bill would not target legally-prescribed fentanyl — pointing to the toxin botulinum’s WMD classification while still being legally used for Botox treatments.

"This would be a similar situation," Boebert said, adding that everyday Americans would agree with the WMD classification based on the "carnage" they are seeing in their communities.

"Many people have lost friends and family members. And we're going to try to treat this deadly substance with the seriousness that it deserves, especially with our law enforcement officers," Boebert continued. "They're overwhelmed by the fentanyl that is pouring into our community." 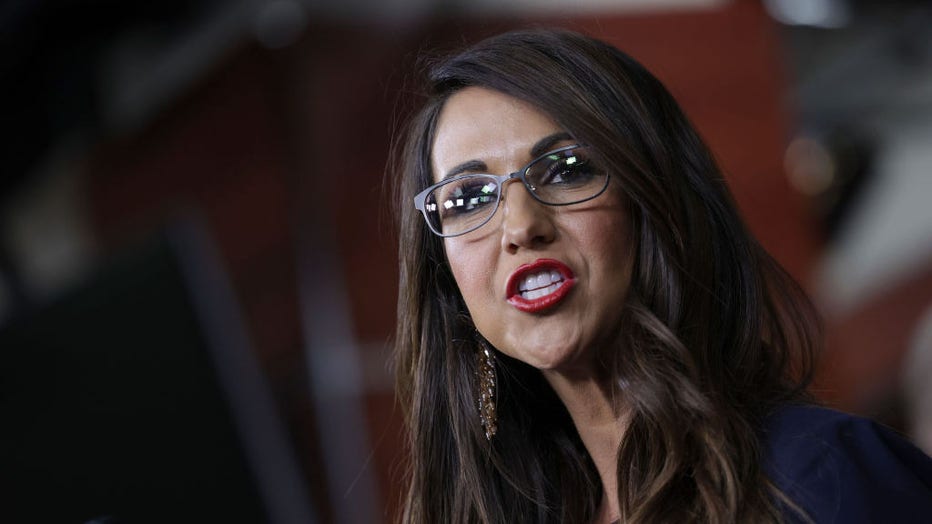 Nine other House Republicans have co-sponsored the bill.

A 2019 internal Department of Homeland Security memo indicated that it was considering classifying fentanyl as a weapon of mass destruction.

Earlier this year, a report by the Congressional Research Service found that formally designating fentanyl as such may not even be necessary "for additional executive branch action," but it noted that Congress may consider developing legislation to address "perceived shortcomings" in the U.S. government’s approach to addressing the drug.

The report states that within the past three years, Mexico has emerged "as the primary source and transit point for illicit fentanyl into the United States." It adds that producers of the drug mostly source the precursor chemicals from Asian countries, especially China.

RELATED: DEA warns of 'nationwide spike' of fentanyl-related mass overdoses across US