What is a “new mutation” and should the public be concerned?

Dr. Fauci said Thursday that the coronavirus has mutated in a way that may replicate and spread more easily. Should the public be worried?

WASHINGTON - Dozens of former U.S. government scientists and public health officials issued an open letter on Monday calling for a science-based approach to combat the coronavirus pandemic in order to avoid “dire” consequences as a country.

The statement, signed by 57 officials from the Trump, Obama and George W. Bush administrations, also criticized the Trump administration’s response to the pandemic, claiming that it marginalized the expertise of science and health officials. 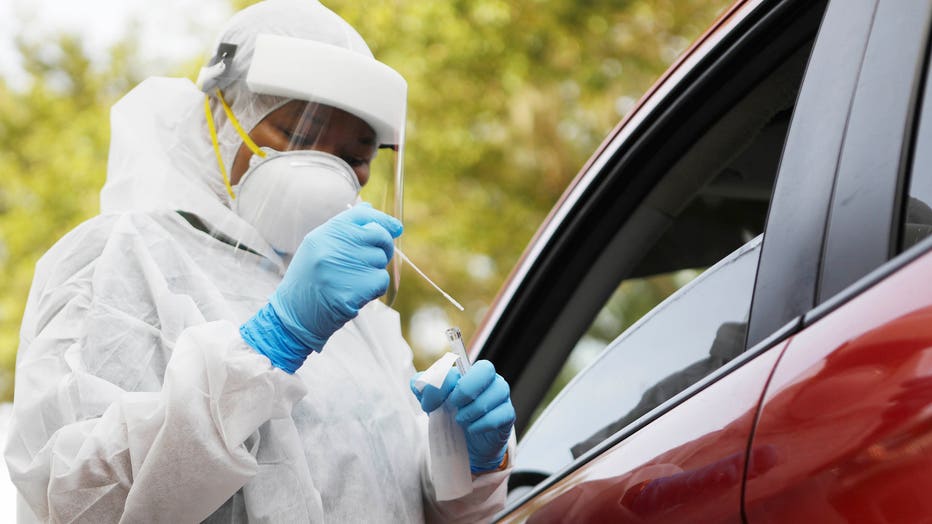 A healthcare worker administers a coronavirus test to a patient at the Lee Davis Community Resource Center on June 25, 2020 in Tampa, Florida. (Photo by Octavio Jones/Getty Images)

“We have gathered with one voice because the clear and present danger of the continued spread of COVID-19 hangs above us. Unless science and expertise guide our preparation and response to the serious and growing SARS-CoV-2 pandemic, our nation will again suffer avoidable death and disruption,” the statement reads.

The COVID-19 outbreak has claimed the lives of more than 130,000 Americans and nearly 539,000 worldwide, according to data compiled by Johns Hopkins University.

Dozens of states have seen an uptick in confirmed cases over the past few weeks following the reopening of businesses, and the U.S. reported its three highest daily case totals since the pandemic began in the spring, according to data compiled by the New York Times.

RELATED: 'COVID-19 is not behind us': Doctors, nurses groups urge Americans to wear masks in open letter

“At great cost to our country, science and expertise have been marginalized in our government’s response to the pandemic thus far,” the officials wrote. “Far too often, political expediency has won out over scientists’ advice. The federal pandemic response has muzzled key public health experts within the government and pushed them aside in decision-making processes.”

“In short, the independence of our public health institutions has been compromised,” their statement reads. “If we continue to cast aside the scientific advice of our own experts, the consequences for the nation will be dire.”

The officials call for a number of actions to guide the country’s response to the outbreak, including research and data to “inform production and allocation decisions for vital supplies such as personal protective equipment and ventilators.”

Personal protective gear was in dangerously short supply during the early weeks of the crisis in the U.S. and is again running low as the virus resumes its rapid spread and the number of hospitalized patients climbs, according to a report by the Associated Press.

The officials call for the release of data on new cases, hospitalizations and deaths for other outside experts to more easily analyze, and to make the processes generating data on the pandemic more transparent.

The statement also asks Congress to more rigorously oversee the pandemic response and “any attempts at political (interference) in scientific decision-making.” The officials state that federal inspectors general must be able to do their jobs without fear of retaliation.

“When federal employees speak out about interference in science, the law must better protect them,” the statement reads.

A number of public health officials have called for a more effective strategy as a nation to test, contact trace and quarantine. And as the 2020 presidential election approaches, President Donald Trump’s campaign advisers have reportedly been seeking ways to reframe his response to the coronavirus — which has been criticized and is a topic Trump largely seeks to avoid.

RELATED: Fauci says his meetings with Trump have 'dramatically decreased,' despite ongoing pandemic

“The novel coronavirus has starkly reshaped our global reality. It is highly likely to continue spreading, either through one large, sustained wave, or resurging in multiple waves,” the statement reads. “To save lives, we must let science guide us and let scientists speak.”

RELATED: 'People are willing to play Russian roulette with their family’s lives': Doctor slams behavior in US