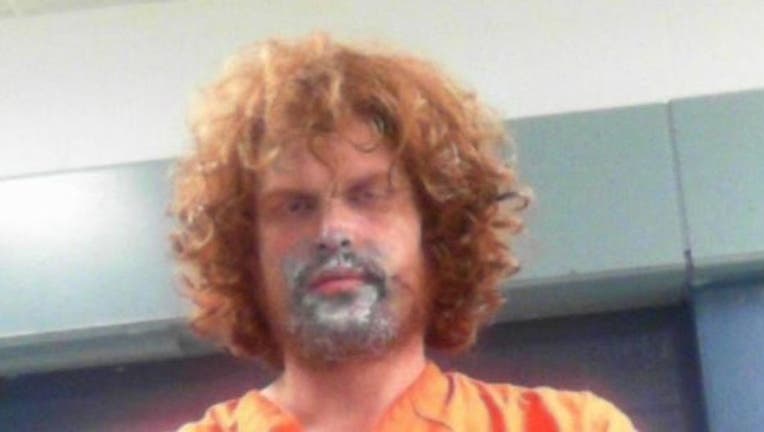 FOX NEWS - A man in West Virginia was arrested Friday for allegedly huffing spray paint and then beating his mother with a spatula, according to local news reports.

Glenn Casdorph -- a 30-year-old who's reportedly known to local authorities for sniffing spray paint -- was taken into custody after St. Albans police responded to reports of a domestic incident around 10:45 p.m. on Thursday, WCHS-TV reported, citing a criminal complaint.

When an officer arrived at the scene, Casdorph was reportedly sitting in the front yard with his face and hands covered in spray paint, holding a large steel bar.

Casdorph was detained and an officer found the man's mother inside the home with her head "wrapped with gauze" along with "a large amount of blood on her shirt and the back of her neck," according to the report.

Online records indicate Casdorph is being held at the South Central Regional Jail in Charleston on $10,000 bail or 10 percent cash bond.