A man was attacked with a hammer and shot at in a Bronx bodega.

NEW YORK - A woman attacked a man with a hammer and another man shot at him in a shocking incident in a Bronx bodega.

Police say it happened late last month inside the store on Morris Park Ave. in the Morris Park section.

A 50-year-old man got into an argument with a man and woman. The woman pulled out a hammer and started hitting the victim in the head. The other man, who was on crutches also pulled a gun.

The brawl continued outside the store as the woman continued to hit the man with a hammer. The other man fired his gun once, hitting the side of the bodega.

EMS rushed the victim to Jacobi Hospital for a head wound. He was listed in stable condition and received stitches.

The NYPD released a video of the attack in hopes that someone would be able to identify the attackers. 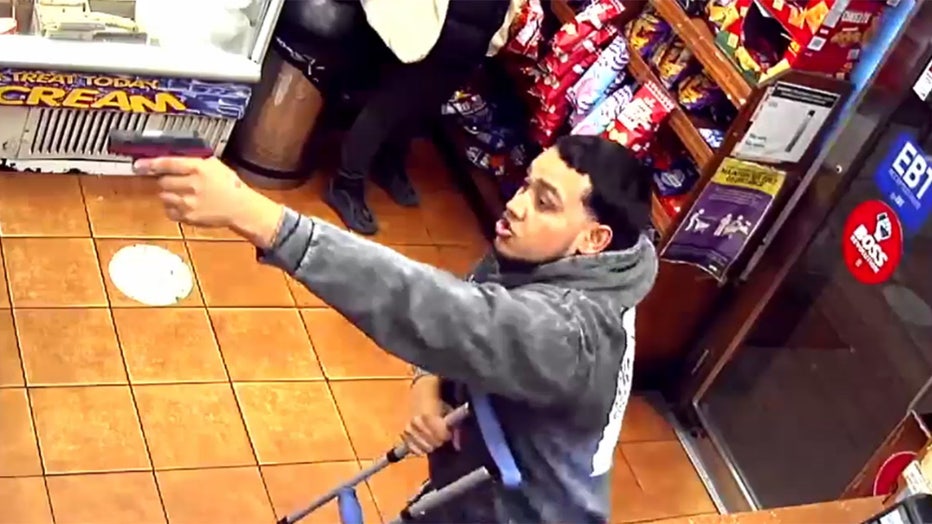