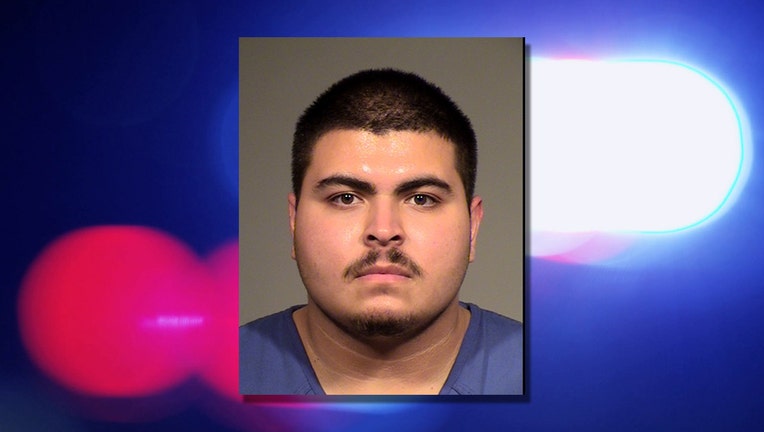 THOUSAND OAKS, Calif. - A 21-year-old man was arrested for allegedly torturing and killing his girlfriend in Thousand Oaks on Christmas Eve, authorities said.

Saul Nava was arrested on suspicion of murder, mayhem and torture in the death of his 24-year-old girlfriend, whose name has not been released.  In the state of California, the felony of mayhem alleges that the suspect "unlawfully and maliciously" disfigures or disables a victim’s body.

Nava is being held on $2 million bail in the Ventura County Jail. He is scheduled to be arraigned on Tuesday.  It was not immediately clear if he had an attorney who could speak on his behalf.

Ventura County Sheriff’s deputies responded to an emergency call in the 600 Block of McCloud Avenue around 1:15 a.m. on Christmas Eve. They found the woman unresponsive and suffering from serious injuries. Despite life-saving measures by paramedics, the woman was pronounced dead at the scene.

Investigators found evidence that the victim had been tortured prior to her death, the sheriff’s office said without providing additional details.

Detectives executed a search warrant at Nava’s residence and seized evidence related to the crimes, the department added.

"This was an incident of domestic violence, and there is no outstanding threat to the community," the sheriff's department wrote in a statement.

Anyone with information regarding this incident was encouraged to contact Sheriff’s Major Crimes Sergeant Albert Ramirez at 805-384-4761.