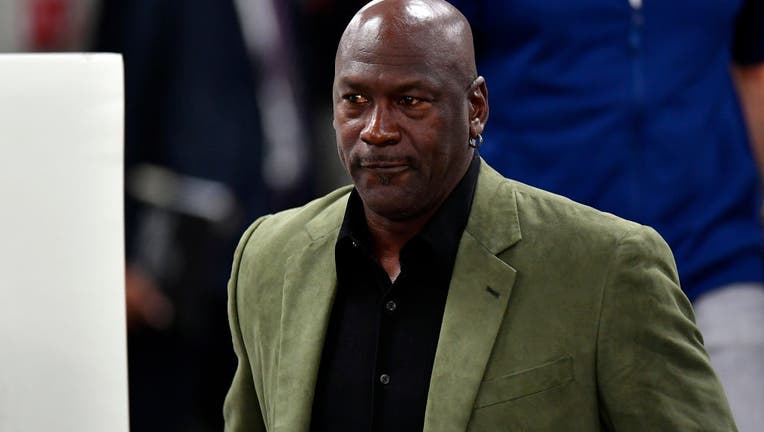 RALEIGH, N.C. - The scheduled August 2024 parole for one of two men convicted in the murder of Michael Jordan’s father nearly three decades ago has been canceled, a North Carolina state panel said Tuesday.

The state Post-Release Supervision and Parole Commission had announced in 2020 that Larry M. Demery would be released as part of an agreement in which he would take part in a scholastic and vocational program designed to prepare him for life outside prison. The initial release date was August 2023, but it was later pushed back by 12 months.

The commission said Tuesday in a news release that Demery’s "agreement has been terminated" effective immediately, giving no reason. The release said that Demery, who is serving a life sentence for the first-degree murder of James Jordan in 1993, would be reviewed again for parole on or about Dec. 15, 2023.

Calling him a dear friend and "like a little brother," Jordan shared memories with the thousands in attendance of how Bryant looked up to him.

Demery, now 46, is serving his sentence at a minimum security prison in Lincoln County, northwest of Charlotte, according to data the department posts online. Demery’s record shows 19 infractions lodged against him since 2001, including two for "substance possession" earlier this month.

The state presented evidence at trial that James Jordan was killed in July 1993 in his red Lexus as he napped along the side of an access road off U.S. Highway 74 in Lumberton near Interstate 95. Prosecutors had said the motive was robbery.

During the trial, prosecutors used testimony from Demery to identify Daniel A. Green as the triggerman. Jordan’s body was found 11 days later in a South Carolina swamp and identified using dental records. Demery and Green were both 18 at the time.

A jury decided on a life sentence plus 40 years for Demery after he pleaded guilty in 1995 to first-degree murder, armed robbery and conspiracy to commit robbery. He was resentenced in 2008 after an error was found in his initial sentencing. Demery then received a life sentence, making him eligible for parole.

A judge sentenced Green to life in prison for murder during the commission of a robbery and 10 years for conspiracy to commit robbery. A judge refused in 2019 to allow an evidentiary hearing that could have led to a new trial for Green.