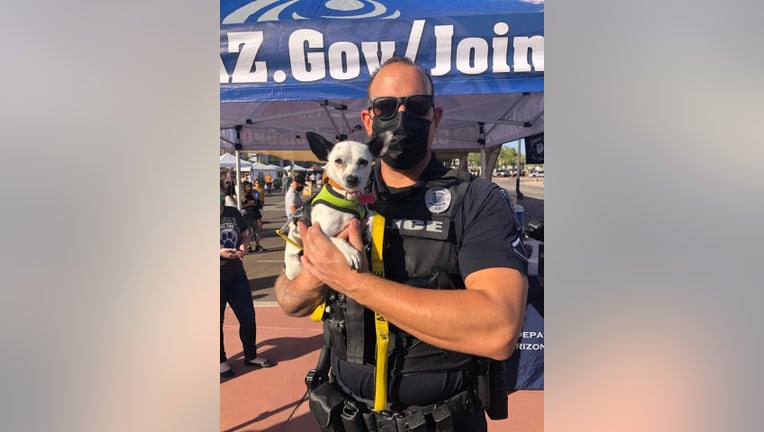 In an e-mail, officials with MCAO say Justin Michael Betts was indicted in May for alleged criminal trespassing, attempt to commit sexual abuse, and attempt to commit public sexual indecency. Officials say Betts had his arraignment last week, where he reportedly pleaded not guilty.

Two of the three indictments are felonies, according to court documents released by officials with MCAO.

According to the indictment, Betts is accused of entering the victim's Gilbert home and tried to engage in sexual conduct with the victim.

Officials with the Gilbert Police Department say one of their officers is being investigated following allegations of sexual misconduct.

As of May 18, the department says Betts no longer is employed there.

According to a statement released on Feb. 9, 2021, officials with the Gilbert Police Department say they were notified on Dec. 24, 2020 of an alleged incident of sexual misconduct involving an adult female victim and Betts. The incident happened while Betts was off-duty.

"Betts was subsequently placed on paid administrative reassignment in a non-enforcement capacity while awaiting the outcome of the investigations," read a portion of the statement.

"The alleged acts are not reflective of the hard-working men and women at the Gilbert Police Department who serve our community every day," Chief Michael Soelberg wrote, in the statement.

Gilbert Police officials say Betts is a 13-year veteran of the department, but no longer works there.