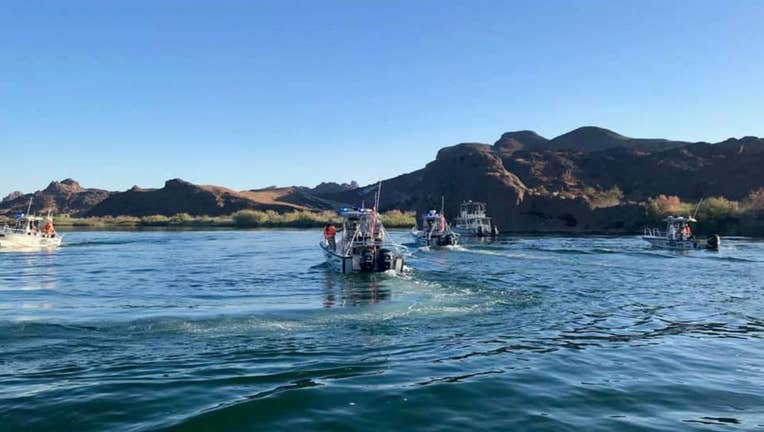 LAKE HAVASU CITY, Ariz. - The Mohave County Sheriff's Office says a 16-year-old boy has died after jumping off a cliff near Lake Havasu.

Officials say the boy never resurfaced after jumping off a cliff on the Colorado River north of Lake Havasu on Friday.

The Boating Safety Division of MCSO has sonar and dive operations in progress near Mohave Rock and the Sand Bar on the Colorado River when the boy's body was recovered Saturday morning.

MCSO identified the boy as Chance Huerta, 16 of Victorville, CA. Officials say the boy attempted to do a flip off the cliff and landed wrong.