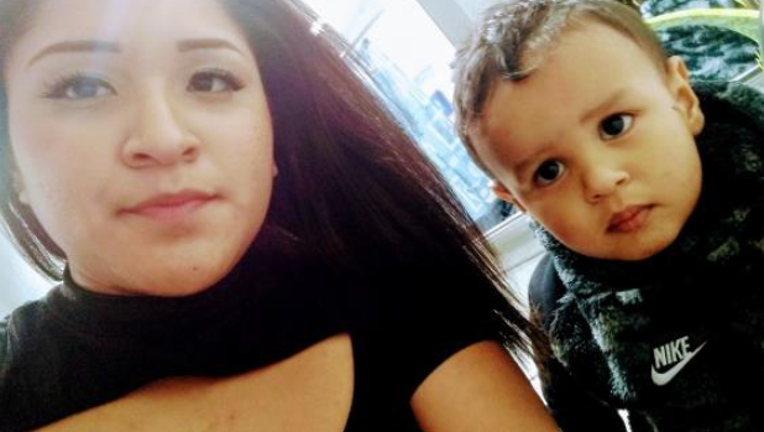 Esmeralda Nino and her 1-year-old son, Noah, have not been seen since leaving their Mesa home on March 5. (Maricopa County Sheriff's Office)

MESA, Ariz. - The Maricopa County Sheriff's Office is asking for the public's help in finding a missing Mesa mother and her young son.

The sheriff's office said 21-year-old Esmeralda Nino and her 1-year-old son, Noah, left their home near Broadway and Hawes Roads at 1 p.m. on March 5.

Esmeralda has not contacted any of her family or friends since leaving her home. MCSO says she does not have the essentials required to care for her son for an extended period of time.

She also suffers from a mental illness and is not taking her medication.

Esmeralda is described as a Hispanic woman who is 5'6", weighs 190 pounds, and has brown hair and brown eyes. She was last seen wearing a black T-shirt, dark blue jeans, and black Nike sneakers.

Noah is 3'0", weighs 25 pounds, and has brown hair and brown eyes. He was last seen wearing a black T-shirt with white spots, beige shorts, and no shoes.

Esmeralda was last seen driving a gray 2009 Cadillac CTS with an Arizona license plate CVC6576. The vehicle is missing the front bumper.