GLENDALE, Ariz. - It's been exactly one year since a Valley teen disappeared without a trace from her Glendale home and her family and police are hoping someone may know what happened.

Alicia Navarro was last seen during the early-morning hours of September 15, 2019, near the aree of 43rd Avenue and Bethany Home Road. Glendale Police officials say Navarro had an iPhone and a MacBook, but the electronics have been inactive since that day.

"A note was left, and what that note said is she ran away and she’s sorry but she’d be returning. That return never happened," said Glendale Police Sergeant Patrick Beumler.

Navarro was just days away from her 15th birthday when she disappeared. She will turn 16 on Sept. 20.

Alicia's family says she is on the autism spectrum and fears she may have been the victim of a predator. Her mother believes Alicia may have been groomed online and trafficked.

Alicia is also on medication, so her health could be in danger. 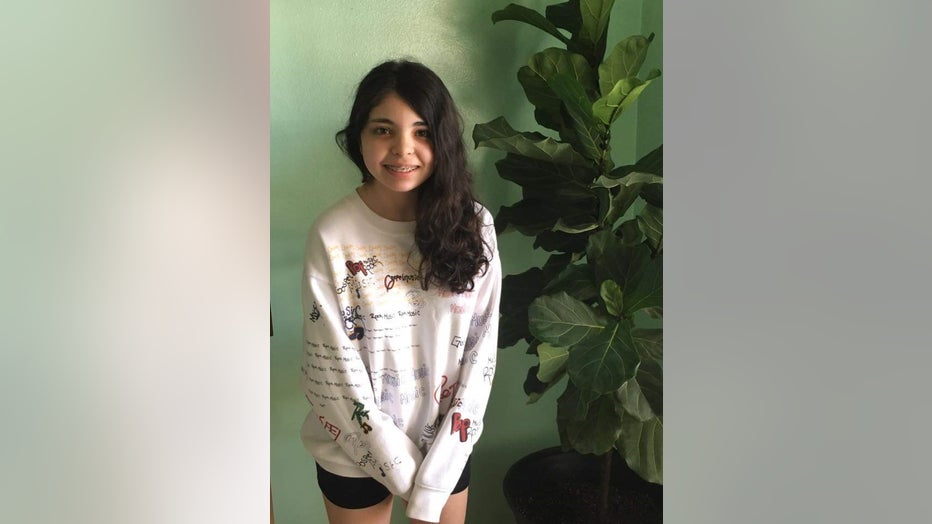 Alicia Navarro will turn 16 on Sept. 20, and still, there are few information as to her whereabouts.

On the afternoon of September 15, Alicia's mother and officials with Glendale Police held a news conference, hoping that by bringing attention to her case someone who knows something may come forward with any new information.

"It’s not a good anniversary to celebrate. It’s been a year that I have no answers about where my daughter is," said Alicia's mother, Jessica Nuñez.

Nuñez had a plea for help on Tuesday, in a case that has turned up nothing.

"I need to know where she’s at," said Nuñez. "It’s been too long. So please have some kind of compassion. She is truly missed. I love her very much."

Navarro’s face is now seen in gas stations across the state. She has been the subject of podcasts and national stories, anything to get a lead in the case, and give a family counting on a miracle some answers.

"Alicia if you’re seeing this message. I’m waiting for you to please come back, like you promised," said Nuñez. "I’m not mad, I just want to know that you’re ok. I miss you very much."

On the night of Sept. 15, Navarro's family will hold a vigil with friends and family, praying for her safe return.

If you have any information about Alicia Navarro, you're asked to call the Glendale Police Department. You can also contact the National Center for Missing and Exploited Children at 1-800-THE-LOST.

Alicia Navarro's mother keeps a candle lit next to her missing daughter's picture. She says it's a symbol of hope.

It's been nearly a week since 14-year-old Alicia Navarro went missing in Glendale and today is especially emotional for her family and classmates because it's her 15th birthday.

It's been 10 days since Alicia Navarro left her Glendale home and seemingly vanished. Her family continues to look and spread the word, hoping someone can help bring her home safely.

The Arizona Department of Public Safety has issued a Silver Alert for a missing 14-year-old girl with autism.