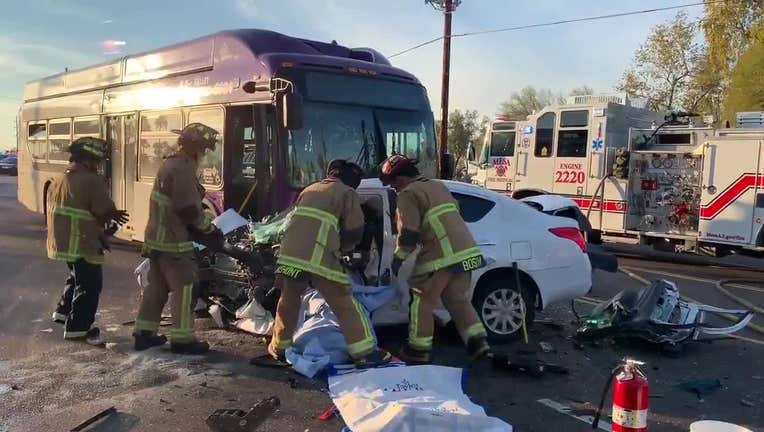 The crash, according to fire officials, happened along University Drive near Higley. Video taken by Mesa Fire officials show a white car that suffered serious damage to its front end, and a Valley Metro bus nearby.

Officials are asking people to stay away from University Drive, in between Greenfield and Higley Roads.