MESA, Ariz. - The Mesa Fire Department came to the rescue of one little puppy.

Firefighters recently responded to a puppy that was stuck in a drain pipe in Mesa after someone reported hearing sounds coming from inside the pipe. 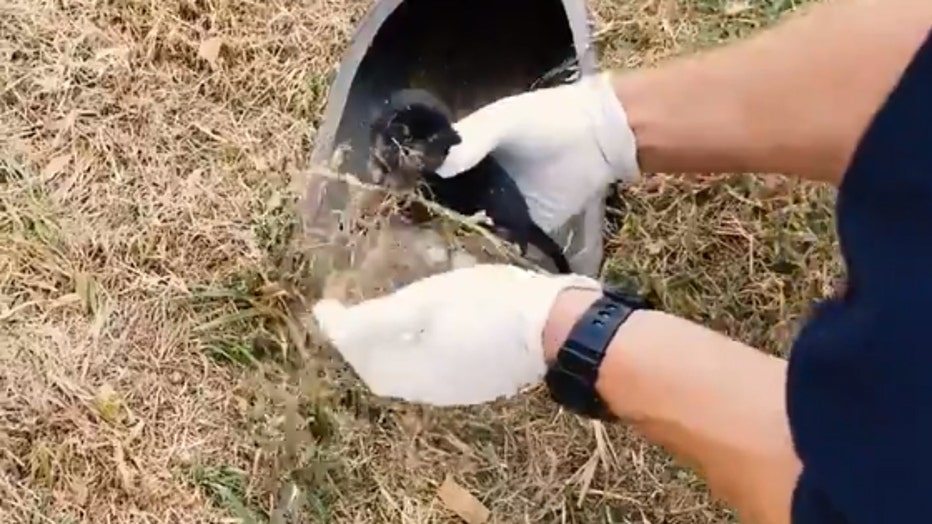 Thankfully, firefighters were able to rescue the puppy and pull it out of the pipe, but the good news doesn't stop there.

The person who reported the trapped puppy to the fire department took it and three of its siblings home!