MESA, Ariz. - A four-car crash in Mesa on the evening of Monday, Sept. 19 left a person dead, the police department said.

The crash happened near Val Vista Drive and Pueblo Avenue.

The victim hasn't been identified.

It's not known if anyone else was injured. 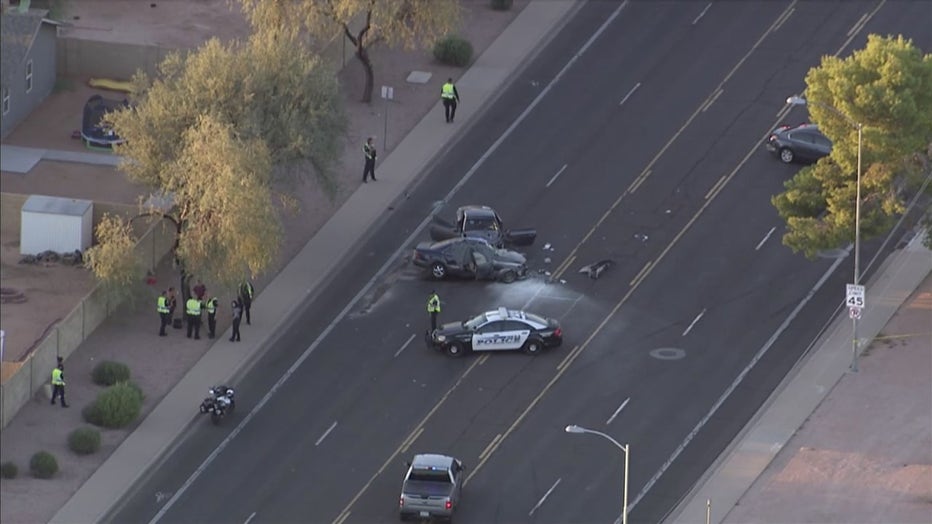 Authorities are trying to identify four people who died in a fiery crash involving a passenger car and a tractor-tractor near Sedona.

A 16-year-old boy was killed in a rollover UTV crash and another teen involved ran from the crash to get help, Surprise authorities say on Sept. 19.