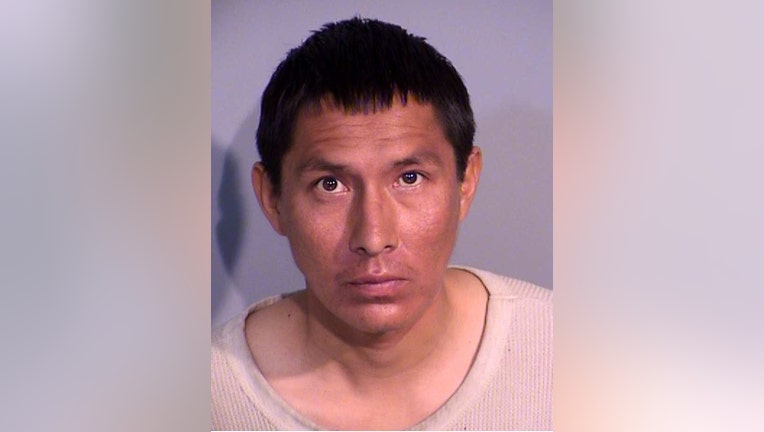 MESA, Ariz. - Officials with the Mesa Police Department have released more details surrounding a fire on Jan. 28 that they say caused millions of dollars in damages.

According to a statement released on Jan. 29, officials say police and fire crews responded to a Walmart near Rio Salado Parkway and Dobson Road at around 12:40 p.m.

"Upon entry, Mesa Fire Department described the smoke as being so heavy that it encompassed their feet and so thick that the firefighters had little to no visibility as they walked inside. The smoke also activated the sprinkler system, which helped contain the fire that had now ignited several pallets of merchandise," read a portion of the statement.

The incident, according to police, was captured by store surveillance camera, which shows the suspect selecting items throughout the store, and then going to the store's Garden Center to gather cushions and padding in a pile on the floor. The suspect then sprayed lighter fluid on the items and merchandise nearby, and then set it on fire before running away with a number of items.

The suspect has been identified by Mesa Police officials as Marcus Manygoats. They say based on Manygoats' appearance, he may have been a transient. Manygoats was eventually found about 1,000 yards away from the scene of the incident.

Store officials, according to investigators, say due to smoke and water damage, in addition to store closure, the total damage is estimated at between $6 million and $10 million.

Meanwhile, Police officials say Manygoats is accused of a count of arson, a count of criminal damage, and a count of endangerment, all felonies. He is held on a $200,000 bond.