ROARING FORK VALLEY, Colo. - A baby bald eagle crept out of its nest in an attempt to spread its wings for the first time in Colorado, and the moment was captured on video.

In the video by Colorado-based businessman Barry Stevenson, the baby bird edged out of its nest in Roaring Fork Valley, Colorado to test its wings.

The bird jumps out on a branch and spreads its wings, but nervously inches back toward the nest.

It tests its flight abilities with a skip from the branch to the top of the nest before taking a break to relax its wings. 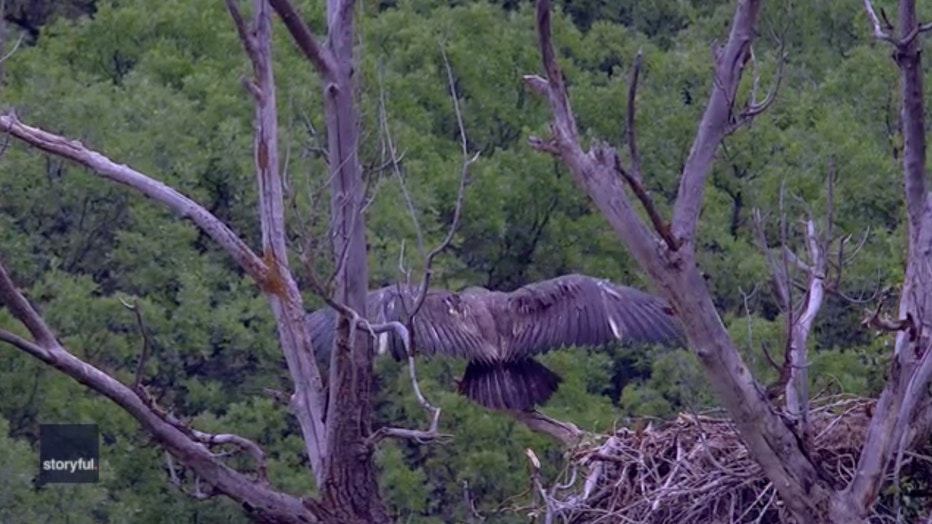 A baby bald eagle psyches itself up to fly. (Credit: Barry Stevenson via Storyful)

While the eagle didn’t take flight during the video, Stevenson captured the tense moments leading up to the bird’s big leap.

Fledglings tend to be 10 to 12 weeks when they first fly, according to the National Audubon Society, an organization dedicated to conserving bird populations.