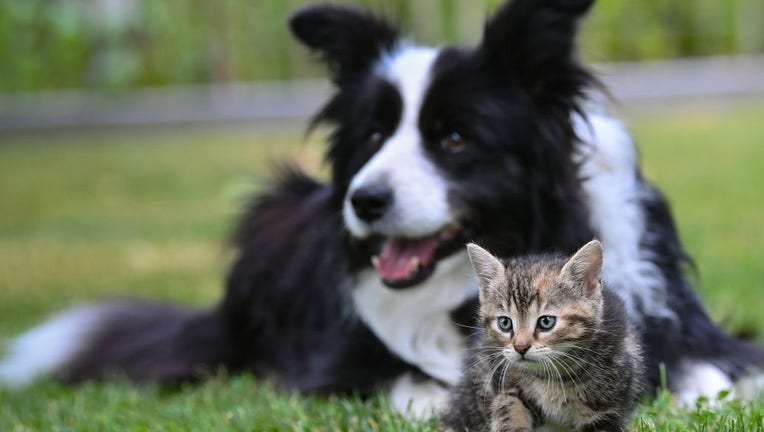 FILE - A dog sits in a garden with a kitten a few weeks old. (Photo by Patrick Pleul/picture alliance via Getty Images)

When it comes to naming a dog or cat in 2022, Luna, Max, and Oliver reign supreme.

Rover.com, the online marketplace for owners in search of pet care, on Tuesday released its annual "Top Pet Names Report."

It draws on millions of user-submitted pet names over the last decade and shares some influential name trends, inspired by everything from streaming movies and shows to ‘90s nostalgia and even comfort foods.

After claiming the top spot for nine years in a row, Bella was eclipsed by Luna in 2022 as the most popular female dog name, the report said. Luna was also the top name for female cats.

Other top 10 names for dogs included Charlie, Daisy, Milo, Lucy, Buddy, and Lily. Scroll to see the top 10 for both cats and dogs below.

Most popular baby names of the 2010s

Another film-inspired trend was the sequel to "Top Gun" which hit theaters in 2022. The name Cruise increased by 53% for dogs.

Most popular dog names for boys

Most popular dog names for girls

Most popular cat names for boys

Most popular cat names for girls