Car flips over into canal near Loop 303

The fatal crash shut down the southbound lanes of Loop 303 on April 11, causing traffic tie-ups.

WADDELL, Ariz. - Southbound lanes on Loop 303 were closed Sunday afternoon due to a fatal crash near Bethany Home Road but have since reopened.

The Arizona Department of Transportation says traffic was narrowed to one lane after the Glendale Avenue off-ramp and drivers were experiencing delays after the vehicle rolled over into a nearby canal.

ADOT officials stated, "Motorists are advised to consider delaying travel or to use alternate routes, for example, exiting before Glendale Avenue at Northern, Olive or Peoria avenues and using city streets to go south." 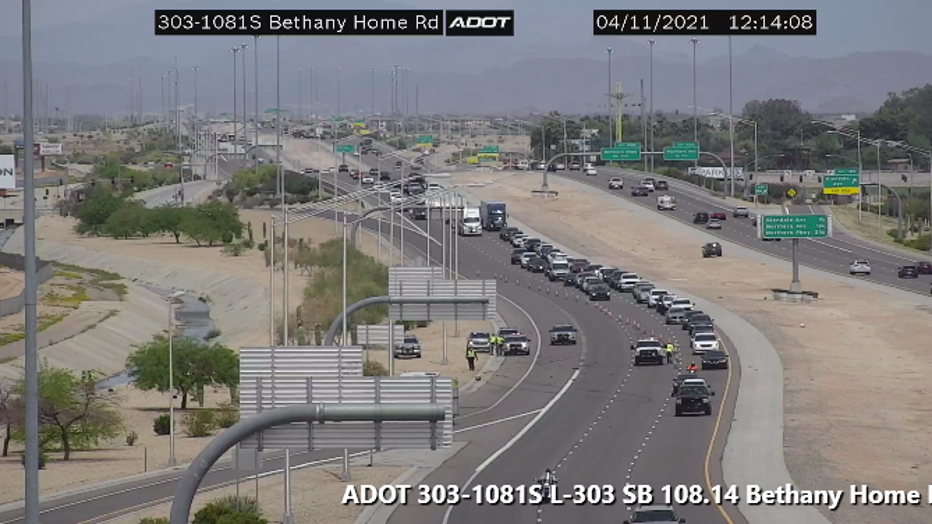 Arizona Department of Public Safety officials stated, "Initial information is this will be a one vehicle rollover involving one fatality."

DPS has not released the name of the person who was killed in the crash or how it happened.