Everyone’s favorite competition is back on FOX! On June 12 & 13, the Westminster Kennel Club Dog Show returns with new breeds at new digs for the 2021 Masters Agility Championship and Best In Show.

NEW YORK - There will be plenty of tradition, pup and circumstance at the Westminster Kennel Club dog show this weekend.

But for the first time in its 145-year history, the storied canine competition is trading the buzz of the Big Apple for the airy grounds of a suburban riverfront estate, one of many changes prompted by pandemic precautions.

The show was rescheduled from its usual February dates and isn’t allowing in-person spectators. Human participants must be vaccinated or newly tested. Dogs will compete as usual on green carpet for televised parts of the competition, but some other rounds will happen on an even more traditional green carpet — the lawn at the Lyndhurst estate in Tarrytown, New York. 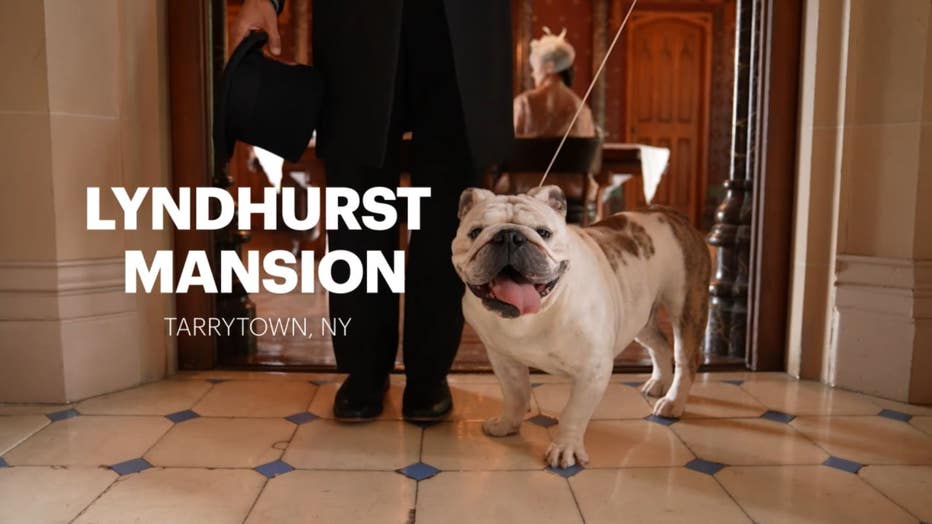 And the sought-after best in show trophy will be awarded under a tent outside Lyndhurst's Gothic-castlelike mansion, not in the sports palace of Manhattan's Madison Square Garden.

"It’s a heartbreak because that’s definitely part of the prestige of going, and the nostalgia," says handler Renee Rosamilla of Ocala, Florida. "But I’m just, honestly, thrilled that they were able to let us have Westminster this year."

The show kicks off with an agility competition Friday, followed by weekend events including the traditional breed judging that leads to the best in show title. It will be conferred Sunday night during a live broadcast on Fox. (Earlier rounds also are being televised or streamed.) 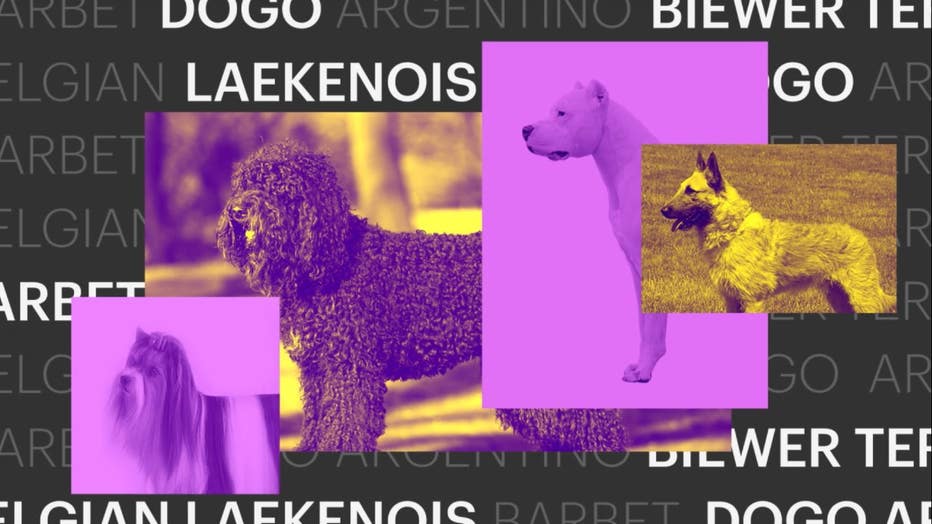 Some off-the-beaten-path breeds are in the hunt for the big prize this year. Dog cognoscenti are keeping an eye on high-ranking hopefuls including a lagotto Romagnolo — an Italian truffle-hunting breed that first appeared at Westminster only five years ago — and a Dandie Dinmont terrier, the 15th-rarest U.S. breed, by the American Kennel Club’s count. The Dandie, named for a character in Sir Walter Scott’s 1815 novel "Guy Mannering," is considered to be at risk of disappearing even in its homeland, the United Kingdom.

The show also is due to feature four breeds that are eligible to compete for the first time — the barbet, the dogo Argentino, the Belgian Laekenois, and the Biewer terrier.

Despite pandemic uncertainties and changes, Westminster filled its usual number of entry slots and even expanded the agility roster a bit, organizers said.

Still, with many dog shows canceled over the last 15 months, it was tough or impossible for some dogs to get the points needed to qualify for Westminster. There were 545 AKC-sanctioned dog shows nationwide last year, down more than 60% from 2019.

Tracy and Peter Rousseau have repeatedly made the trip to Westminster from their cattle ranch in Franktown, Colorado, to help ensure that their breed — the Norwegian lundehund, rarest of all in the AKC rankings — is represented. But none of their current dogs qualified, and the couple felt hesitant, anyway, because of virus concerns and other issues.

"We really do love showing our dogs, love educating people about this quirky little breed," said Peter Rousseau, a civilian military employee and retired Air Force sergeant. "With all the pandemic craziness and everything, it just didn’t work out this year. We’re looking forward to getting back to it."

The last Westminster show concluded Feb. 11, 2020, when there were only 13 confirmed coronavirus cases nationwide, though the federal Centers for Disease Control and Prevention has since concluded the virus was already more prevalent. Within about a month, holding a public event was unthinkable.

"We felt we owed it to the dog community and to the sports community to put this up," club President Charlton "Chat" Reynders III said. "We just wanted to be sure that we created a venue where the person that might be most nervous about COVID, or health, would feel safe."

By last fall, the club decided on June at the 67-acre (27-hectare) Lyndhurst, about 25 miles (40 km) north of Manhattan. The estate hosted a smaller dog show for decades, and former owner and Gilded Age railroad magnate/financier Jay Gould’s sons had dogs that won prizes at Westminster.

The show returns to the Garden in January 2022.

In the meantime, this year's move is requiring some adjustments for handlers such as Rosamilla, who's scheduled to show a harrier named Joker, a flat-coated retriever called Tildy and a Plott hound that goes by Fritz.

Unfamiliar with the area around Lyndhurst, Rosamilla initially booked at three different hotels before settling on one. Then she had to plan how to prep the dogs without the usual "benching" area where handlers have cheek-by-jowl berths — and a power supply — for grooming. This time, there will be a grooming tent, but competitors who need blow dryers or other electric accoutrements will have to wield them in their vehicles, homes or hotels.

"It’s definitely going to have challenges, but I always look forward to going to Westminster. We’ll just make do with whatever it throws at us," Rosamilla said.

And, she said, "I’m sure the dogs are absolutely going to love it."