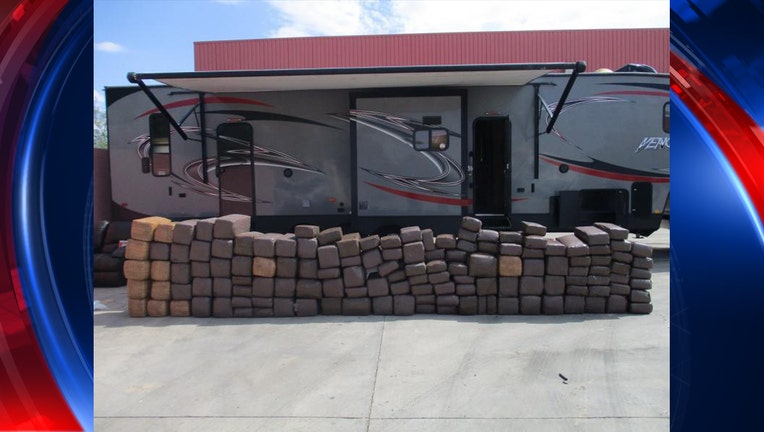 TUCSON, Ariz. - Officials with the U.S. Customs and Border Protection said Friday its officers have seized over 1,600 lbs of marijuana at the Lukeville Port of Entry.

The incident, according to a statement, happened on Wednesday morning, when a 42-year-old Mesa man and a 29-year-old female Mexican passenger were heading into the U.S. from Mexico when the truck and trailer they were in were selected for a secondary inspection. Officers then removed 135 packages of marijuana from the floor of the vehicle.

The drugs, according to CBP officials, are worth more than $484,000. Both people have been arrested and turned over to ICE Homeland Security Investigations. The drugs, along with the truck and travel trailer, have been seized.