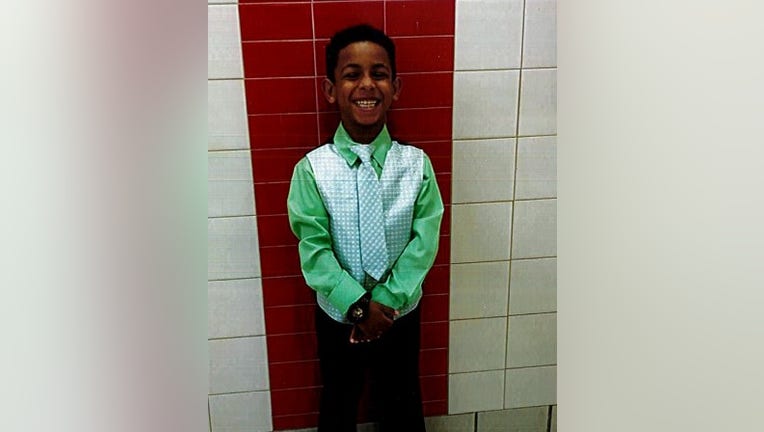 CINCINNATI - The parents of an 8-year-old boy who killed himself after being bullied repeatedly at an Ohio school have reached a tentative $3 million settlement with his school district.

The agreement announced Friday will go to the school board for Cincinnati Public Schools on Monday for approval in the Gabriel Taye case that dates to 2017.

The schools also agreed to actions to prevent a repeat of such bullying with such steps as training and supervising all staff on anti-bullying reforms and to working to identify repeat offenders, victims and locations. There will be two years of oversight of the district's anti-bullying plan.

A memorial to Gabriel will also be placed at Carson School, the elementary school he attended.

Video shows teen being attacked at school; aunt says he was targeted for being gay

A Florida woman posted a video on her Facebook page showing a group of boys attacking her nephew, She said it’s because he’s gay. (Source: Raquel Showers)

"In honor of Gabe, his family is using this settlement to protect current and future CPS students," said the family’s lawyer, Al Gerhardstein. "We will make sure these reforms take root and end bullying throughout the CPS system."

The Cincinnati Enquirer reported that attorney Aaron Herzig, a partner at the Taft law firm who represented the school district in the case, said a resolution was in everyone’s best interest.

"The defendants strongly believe that neither CPS, its employees, nor the school nurse were responsible for the tragic death of Gabriel Taye," Herzig said. "CPS embraces the goal of eliminating bullying within schools, as well as continuing to refine and improve reporting, management, and training processes related to incidents of bullying."

The wrongful death lawsuit cited repeated examples of Gabriel and others being bullied at his elementary school. His parents contended that school officials knew about the bullying but were "deliberately indifferent," allowing a "treacherous school environment."