"Operation April's Fools" resulted in the arrest of suspects soliciting various sex acts, the Phoenix Police Department said on May 10.

"We had detectives placing ads, posing as underage victims that you could come to solicit a sex act from," explained Phoenix Police Sgt. Andy Williams. "So in this case, no actual victims."

"We are seeing legitimate victims every day of this underage sexual conduct with a minor, human trafficking, so I think it’s just looking at the problem holistically and attacking it from every angle," Williams said.

Operations like this work to stop sexual predators in their tracks before they can turn another child into a victim.

She says the organization is constantly helping kids recover who’ve experienced this type of trauma. It's a growing problem not just in Phoenix, but nationwide.

"Our hotline has seen such an increase during the pandemic related to child trafficking and people reaching out online. It doesn’t surprise me that they were able to catch so many people so fast," Young said.

As for the news of the success of this operation, Daphne says she's thrilled.

"I am thrilled that our law enforcement is not only catching the predators but publishing their names," she said. 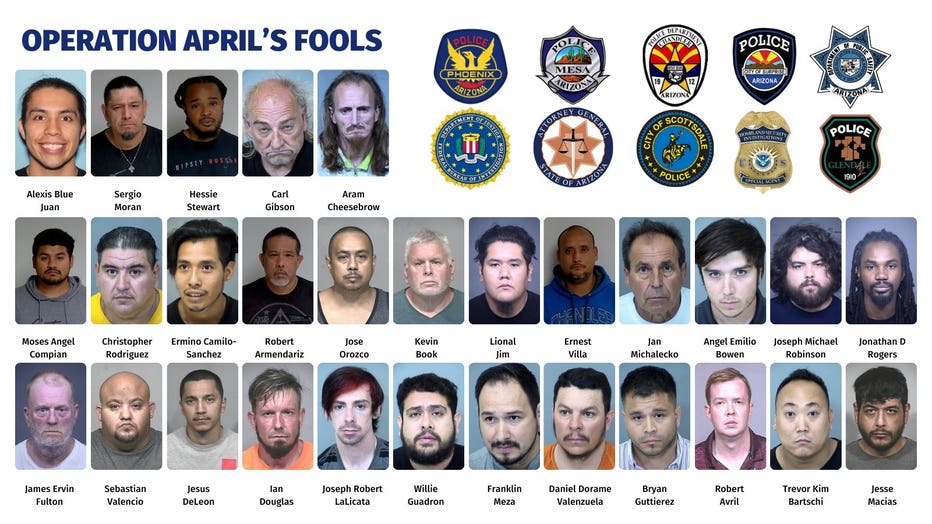