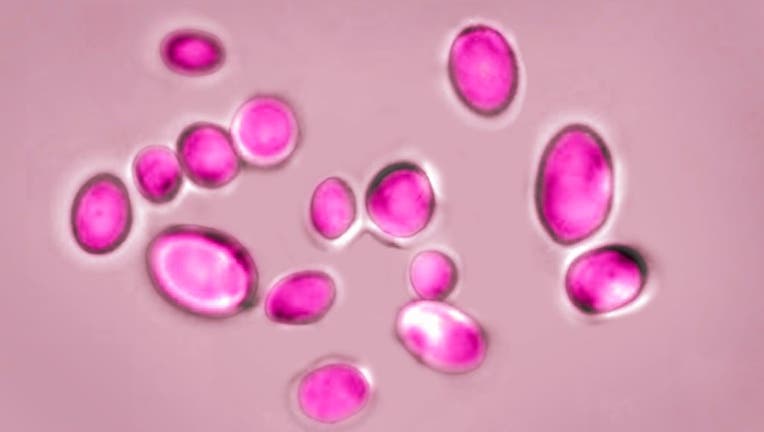 SALEM, Ore. - The Oregon Health Authority said Tuesday that two patients at Salem Health contracted a dangerous fungal infection during their hospital stays in an "outbreak" of a type of yeast rare to the United States.

Health officials said the first-ever Candida auris case found in Oregon was detected at the hospital Dec. 11 and confirmed Dec. 17 in an individual who had "recent international health care exposures," the Statesman Journal reported.

Two already-hospitalized patients then came down with the infection Dec. 23 and on Monday. Salem Health and OHA said they were notifying health care facilities that had received transfer patients from Salem Health’s "affected units."

RELATED: Cytomegalovirus: What the CDC wants you to know during the holiday

Officials did not say which units at Salem Health are impacted by the outbreak.

A batch of Spice, or synthetic marijuana, tainted with what authorities believe is rat poison, has hospitalized 41 and killed two people, including one who died of a spontaneous brain bleed. One woman became sick within two days of using it and woke up with a mouthful of blood and needed multiple transfusions.

The fungus, also called C. aris, can cause infections in wounds or the bloodstream.

"Candida auris is an emerging pathogen of concern because it can cause serious infections, particularly in those with serious medical problems, and can be resistant to the antifungal drugs we have to treat it," Rebecca Pierce, Healthcare-Associated Infections Program manager with the OHA, said.

Pierce said the fungus in the cases at Salem Health is responding to existing treatments.

The risk of infection to otherwise healthy people is extremely low, officials said.

Since 2013, about 1,150 clinical cases of Candida auris have been identified in the United States.