More than 400 acres of land is burning in Maricopa County, dubbed the Painted Wagon Fire. Authorities ask residents nearby to prepare to evacuate.

As of June 28, the fire is 100% contained, according to the state department of forestry. Five structures were destroyed, including one primary, according to Arizona State Forestry.

Calbert Gillett of the Maricopa County Sheriff's Office stated, "A 'SET' notification has been issued for the area of 299th Avenue and Painted Wagon trail due to the Painted Wagon Fire burning 20 miles West of Wittmann. Fire crews and emergency personnel are working to assist with the with the rapidly growing fire. At this time, we ask that residents remain alert and be prepared to evacuate, if needed." 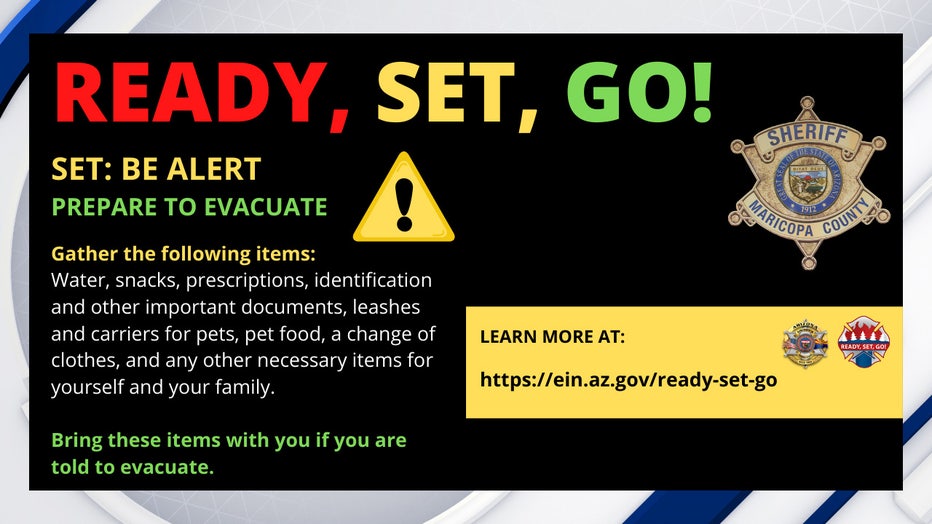 Gillett said fire and emergency personnel were able to contain the fire and evacuations are not needed at this time. Residents will go back to the "READY" mode.

MCSO says the cause of the fire is not known at this time.

Tucson firefighters responding to brush fire near I-10

Tucson firefighters are working to control a brush fire near the I-10 at milepost 273.

113 inmates from prisons across Arizona are helping fight the Bush and Bighorn wildfires raging in the state.

According to information released by the Arizona State Forestry, the Aquila Fire has burned 897 acres of land as of June 24 and it is 5% contained. One primary structure and at least 10 outbuildings are confirmed lost.