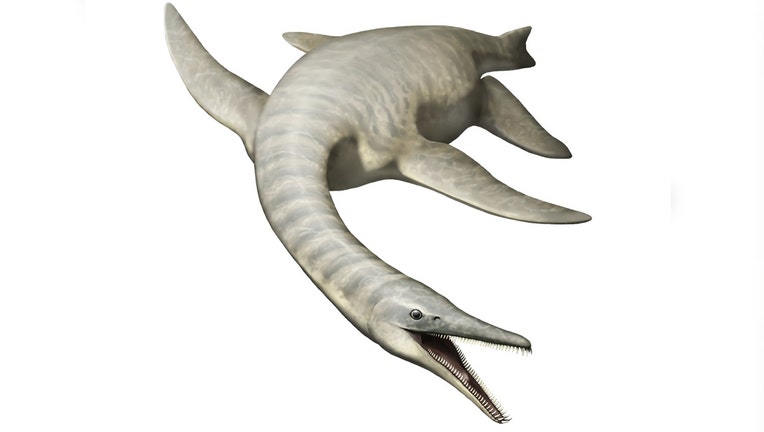 The specimen, which was discovered in 1995 by rancher Ann Pfister on her Wyoming property, was donated to the Glenrock Paleon Museum. (Credit: Dr. Scott Persons)

CHARLESTON, S.C. - A research team has detailed the discovery of a new kind of prehistoric marine reptile.

The specimen, which was discovered in 1995 by rancher Ann Pfister on her Wyoming property, was donated to the Glenrock Paleon Museum.

From there, a research team at the College of Charleston, led by geology professor Scott Persons, was able to study and analyze the specimen, where the shapes and sizes of the bones were compared with a group of animals called plesiosaurs.

"It became clear that the specimen was unlike any species paleontologists had seen before," Persons told FOX Television Stations.

Persons’ colleague then performed a phylogenetic analysis that determined the new animal’s spot on the plesiosaur family tree, labeling the reptile a Serpentosuchops. 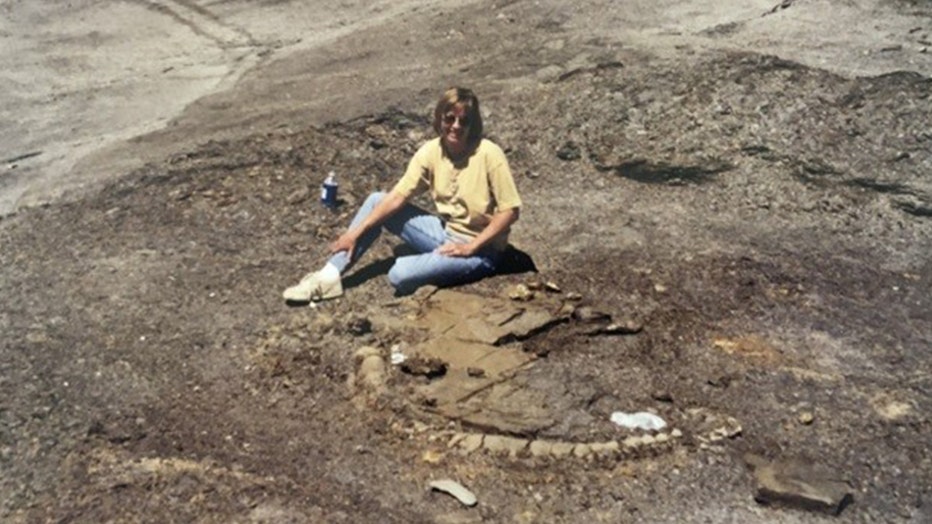 Ann Pfister on her Wyoming property after making the discovery in 1995 (Credit: Scott Persons)

"It was clear early on that the combination of a long neck and long jaws was new to science. But, as I looked closely, every preserved section of the animal seemed to differ in some way from other species," Persons continued. "The hips, the skull, the individual vertebrae — they were just all a little weird. I started to get very excited!"

Published in the international peer-reviewed journal iScience, researchers noted this reptile measured more than 23 feet in length and swam the seas while dinosaurs walked the earth 70 million years ago.

RELATED: Dinosaur skeleton expected to sell for $495K at auction

In addition, the research team said the animal’s teeth were conical and spear-like, the jaw was stretched forward, the base of the long neck was muscular and very flexible, and the pelvis had an especially big attachment site for muscles. 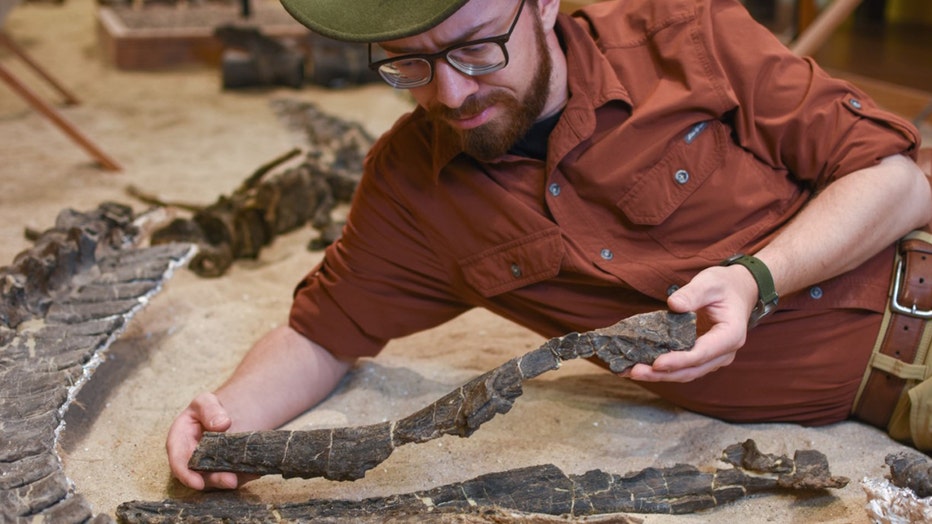 Researchers analyzed the specimen and all of its bones. (Credit: Dr. Scott Persons)

The preservation of the specimen was possible because, after the carcass sank to the seafloor, it was buried by fine-grained sediments.

Persons added, "A new prehistoric animal with a cool new set of adaptations is always a chance to marvel at the diversity of life and just revel in how much fun scientific discovery is."

"Baby Yingliang" is a well-preserved fossilized dinosaur egg that has given scientists another link between prehistoric creatures and modern birds. (Credit: Yingliang Stone Nature History Museum via Storyful)

Persons hopes readers recognize how critical Ann Pfister’s decision was to donate the specimen since he said important specimens are often sold to private entities and never become available for study and analysis.

"Ann saw the real value of the skeleton. I think she’s a hero for that," he concluded.