SAN TAN VALLEY, Ariz. - Authorities say a man was shot multiple times during a dispute with his neighbor in San Tan Valley on Tuesday.

"One adult male was sent to the hospital with multiple gun shot wounds," the sheriff's office said. "The other involved party stayed on scene." 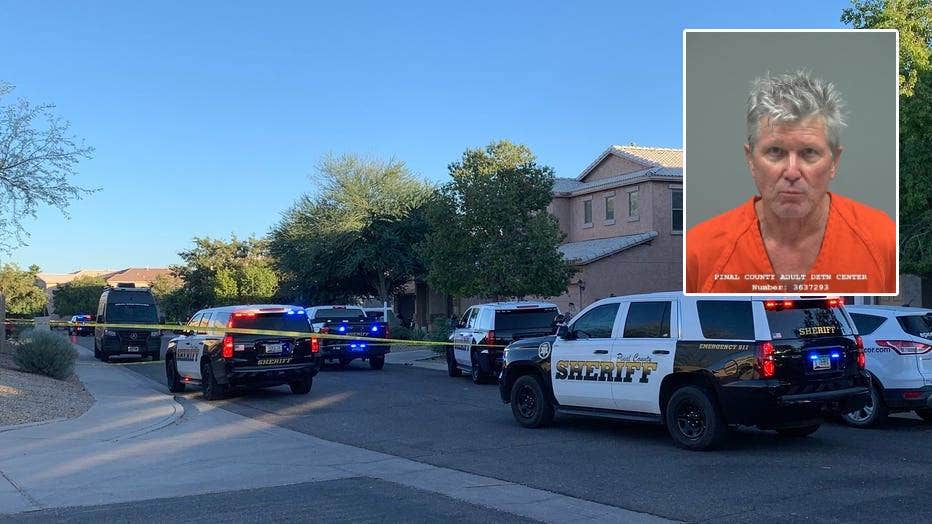 Gary Markensen, 64, is accused of shooting his neighbor during a dispute in San Tan Valley.

The unidentified victim remains hospitalized but is expected to survive.

Police identified the suspect as 64-year-old Gary Markensen. He was booked into jail and is accused of aggravated assault with a deadly weapon.

A man was hospitalized with multiple gunshot wounds after the Pinal County Sheriff's Office said a dispute between neighbors led to a shooting in a San Tan Valley neighborhood.