SAN TAN VALLEY, Ariz. - Officials with the Pinal County Sheriff's Office have identified the 15-year-old suspect who turned himself in almost a month after a shooting left another 15-year-old dead in San Tan Valley.

PCSO has identified the 15-year-old suspect as Joshua Franklin.

According to earlier reports from PCSO, multiple gunshots were reported at the home near Bella Vista Road and Hunt Highway just after 1 p.m. on Sept. 26.

Franklin rang the doorbell of the home and shot Joshua McCoy when he answered.

When deputies arrived at the home, they found McCoy dead inside.

On Oct. 20, officials with PCSO say the suspect self-surrendered with his attorney present. He is being charged as an adult with one count of first-degree murder.

An investigation revealed that the victim, Joshua McCoy, had been selling marijuana vape and "other drug products."

Witnesses told investigators that the accused killer, Joshua Franklin, was upset over a cartridge he bought that he believed was defective.

Franklin had arranged to meet with MCoy on the day of the murder to replace the cartridge, court documents said.

"There was a statement about a cartridge that McCoy sold that was melted because the user attempted to smoke the cartridge with an open flame lighter," officials said.

Authorities alleged that Franklin shot the teen twice "without cause or provocation," and that he fired a third shot into McCoy's body when he had already appeared to be dead.

PCSO: 15-year-old accused of killing another teen in San Tan Valley turns himself in

In the days following the shooting death, McCoy's family members, as well as friends, say they want justice for him.

"This young man Josh, he was the silliest, brightest personality. He made everyone feel comfortable. He was silly. He was a caretaker," said one family friend, who did not want to show her face.

According to the family friend, someone rang the door on the night of the deadly shooting, and when Josh answered the door, that person shot josh and then ran.

"All the kids are just devastated," said the family friend. "[He was] saving up to buy a car, and he was looking forward to the basketball season. He was going to be on JV, and he was shooting for the stars. We just would like for you guys to keep on praying for the family, and pray for justice for Josh. He didn't deserve this." 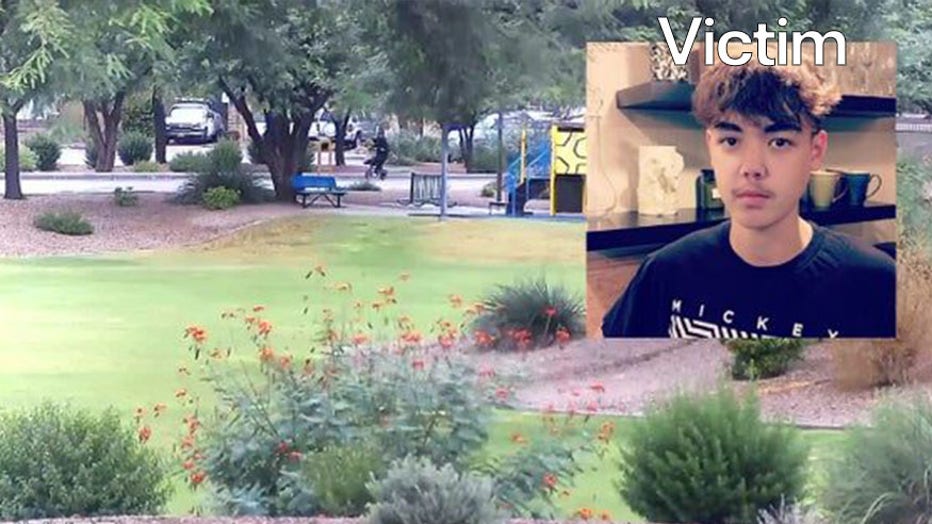