Carjacking in Tempe leads to crash in Mesa

Police say a suspect stole a man's car after threatening him with a gun and was involved in a hit-and-run a short time later.

Police are investigating an alleged carjacking that originated in Tempe and came to an end in Mesa near Dobson and Guadalupe on Friday afternoon.

Around 12:30 p.m., Tempe police were called about a carjacking. Authorities say the victim was sitting by himself in a Ford Fusion when someone came up to the vehicle with a weapon and told him to get out.

The victim complied and the suspect, later identified as 44-year-old Rodrigo Aguilar, got in the car and took off from the scene.

Later on, police received another call regarding a hit-and-run crash involving the Ford.

An officer tracked down the vehicle, but the driver fled into Mesa, then back into Tempe.

During an attempt to stop the vehicle, it appeared as if the driver was going to stop, but kept going on Dobson Road.

Mesa police joined the pursuit and made contact with the vehicle, which crossed the median and was struck by other vehicles heading northbound. At that time, the suspect exited the car and ran from the scene, but he was eventually captured. 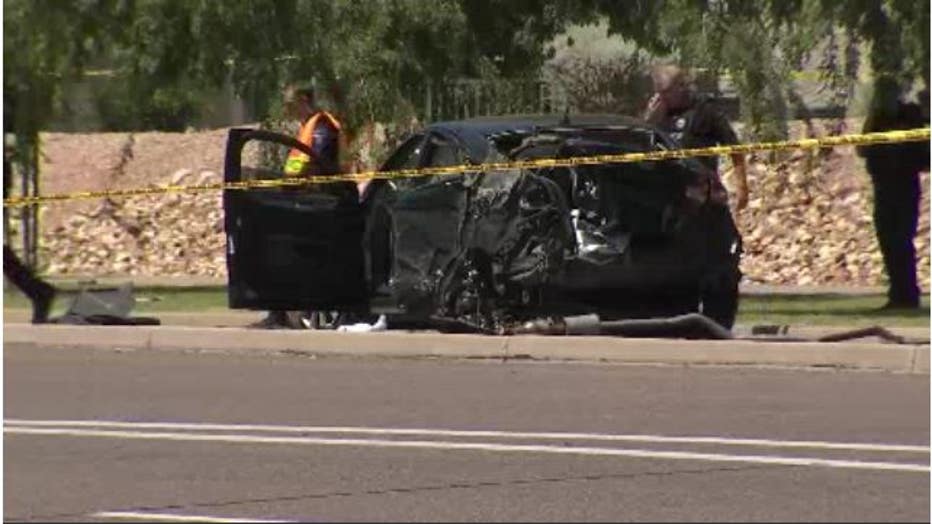 "When the contact was made with the car, obviously the intent was not to push it into the oncoming traffic.. it's just the nature in how it happened," explained Greg Bacon of the Tempe Police Department. "We're catching a lot of people doing a lot of things right now. A lot of dumb things that people are doing. So we want to get the message out there that if you commit crime in Tempe, obviously we're going to do what we need to do to arrest you, apprehend you. And again this was great collaboration between Tempe and Mesa."

One officer suffered a minor injury during the arrest. Two people in the other vehicles involved in the crash were transported to an area hospital, but are expected to be okay. 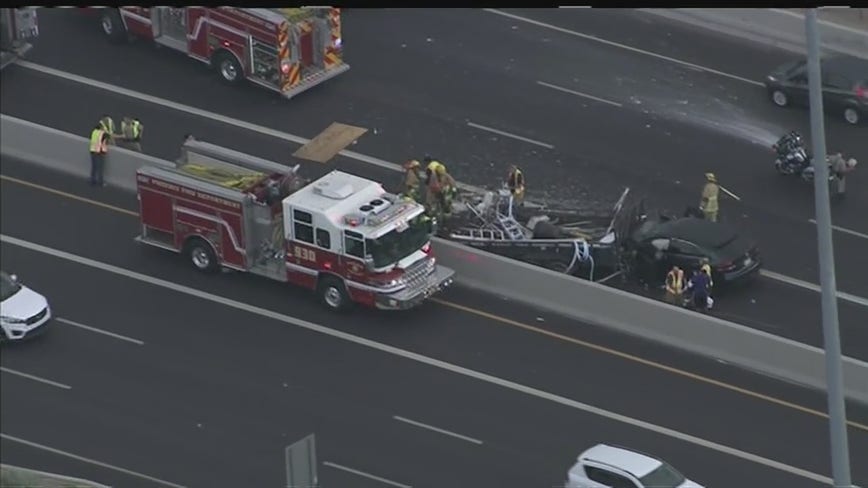 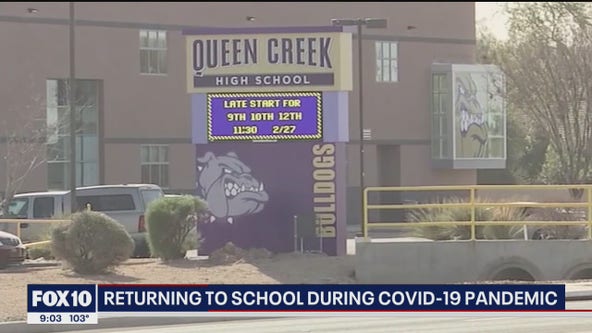